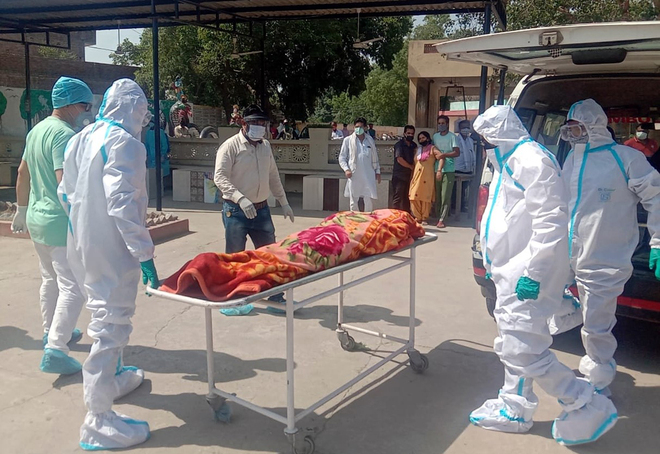 Amid the mounting cases of black fungus, an expert committee formed by the government found that the cases of mucormycosis were independent of Covid-19 infection. The expert committee, headed by Dr RPS Sibia of Government Rajindra Hospital, said black fungus cases were also being reported among people who were never hospitalised for Covid treatment.

The state has been reporting around 11-13 suspected cases of black fungus every day. Dr Sibia, chairman of the committee, said it was worrisome that cases were being reported in non-Covid patients as well.

Notably, Punjab has already reported around 369 cases of black fungus, including some suspected. Of the 369 cases, 55 people have died.

Dr Sibia finally said 90 per cent of the confirmed cases of black fungus cases had diabetes. He said diabetes was the second-most prevalent condition after Covid among the patients of black fungus. “Besides, people who have contracted black fungus were above 35 years of age,” he added.

Health experts said the common symptoms of the fungus include release of brown discharge from nose; severe pain in cheeks, eyes, teeth; blackening of the palette; loosening of teeth; decreasing vision; and protrusion of eyes.