Botched campaign did Punjab Congress in : The Tribune India

Botched campaign did Punjab Congress in 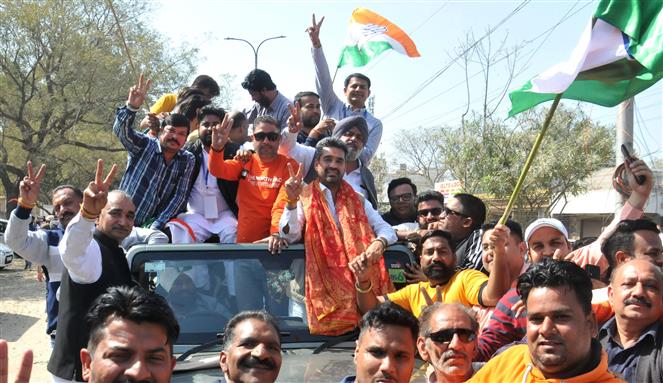 Bawa Henry of the Congress takes out a victory procession in Jalandhar. Malkiat Singh

For the Congress it has been a downhill journey from an advantageous position. A botched campaign plagued with infighting and its obsession with the AAP proved to be its undoing in the Punjab Assembly elections. 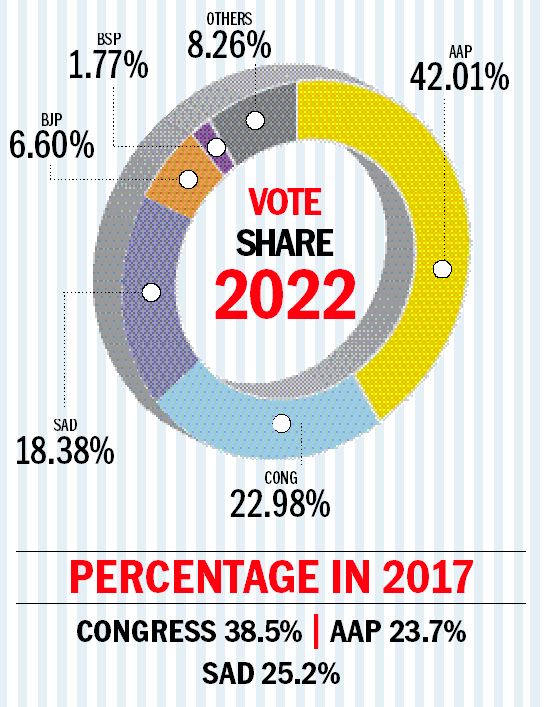 Till six months ago, the grand old party had increased its strength from 77 MLAs to 80, with the trend continuing after Charanjit Singh Channi took charge as the CM last September, when two more AAP MLAs — Rupinder Ruby and Jagtar Singh Jagga — joined the party.

With Navjot Singh Sidhu taking over as the PCC chief last July and Channi as the CM, the party wrongly assessed it had addressed anti-incumbency by changing Capt Amarinder in a dramatic chain of events. Congress leaders had said the Aam Aadmi Party (AAP) was in a shambles and its top leadership in a state of disarray.

As the party went overboard to criticise AAP’s Delhi model, it within a matter of weeks committed self-goals, one after another — right from infighting and mismanaged campaign to questionable distribution of ticket and the counter-productive move to use the Channi’s SC card to polarise the Dalit vote.

Unable to sustain Channi’s “aam aadmi” image and with ED raids on his nephew, the party couldn’t match up to the development-oriented social media campaign of the AAP.

Right from the controversy over Sunil Jakhar raising the “Hindu” angle for overlooking him as the CM to traditional Congress men levelling allegations of wrongdoing in distribution of the ticket, multiple factors contributed to the party’s downfall.

In yet another miscalculation, the Congress positioned Navjot Sidhu as the PCC chief and declared Channi as the CM face. “From resigning as the PCC chief over appointment of DGP and Advocate General (AG) and controlling mafia, Sidhu and Channi were like two horses pulling away in different directions,” pointed out a senior leader.

After being publicly humiliated and forced to resign, Capt Amarinder after joining hands with the BJP openly announced that he would ensure Sidhu was defeated and the Congress lost the game.

Knives out yet again

Hours after the drubbing, knives were out in the Congress with senior leaders questioning those in charge of the state party affairs. PCC chief Navjot Singh Sidhu is expected to call a meeting of party MLAs in the coming days. Leaders close to him rejected reports of him resigning. Outgoing CM Channi has called a virtual Cabinet meeting on Friday, before he submits his resignation to the Governor. Blaming “anti-incumbency” inherited from Capt Amarinder’s tenure, Ludhiana MP Ravneet Bittu questioned Channi and Sidhu. Bittu said Sidhu promoted his Punjab model and targeted Channi. MP Shamsher Singh Dullo said Punjabis had rejected mafias.