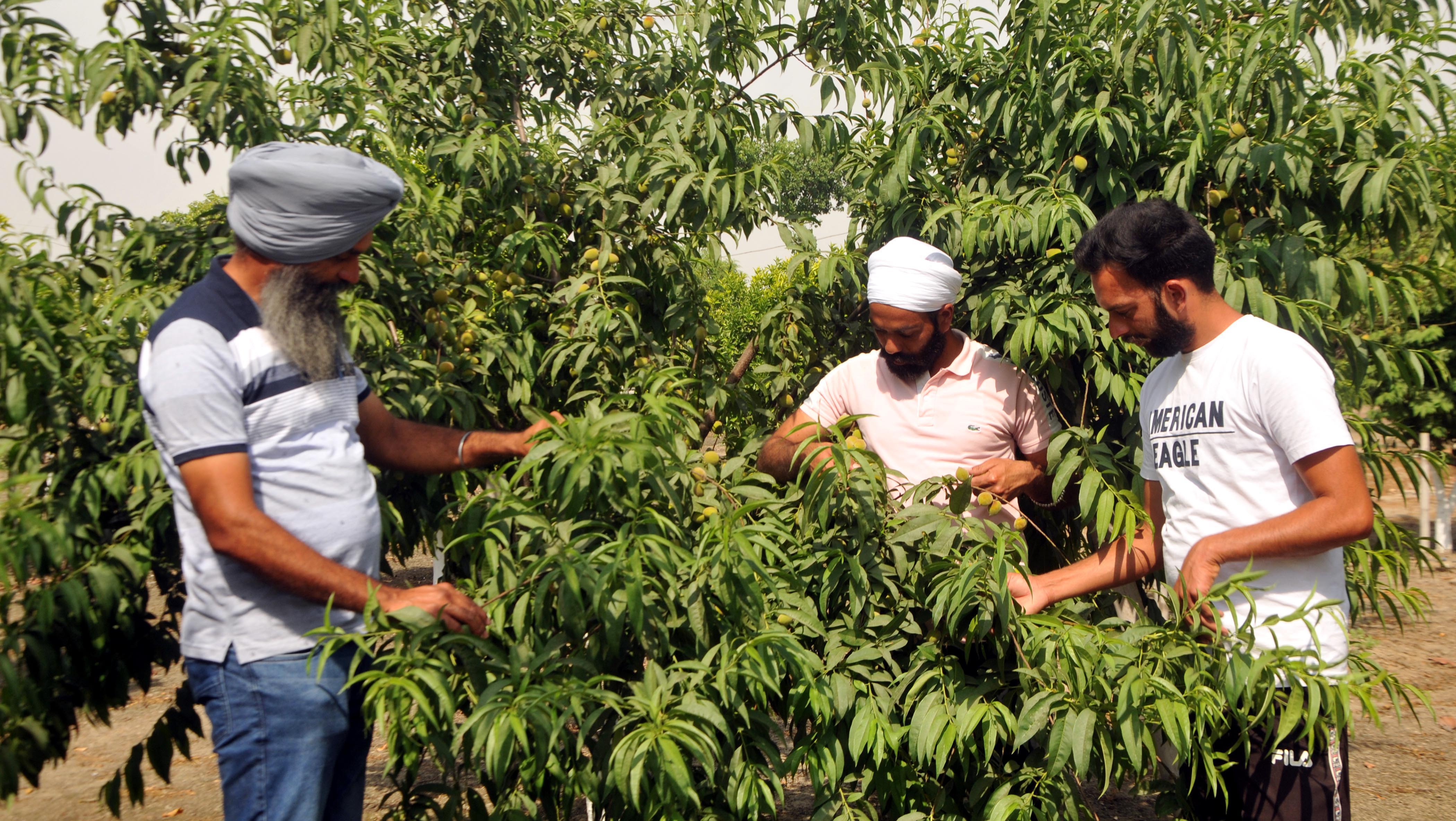 What started off as an experiment on three acres to break away from the wheat-paddy cycle has turned into a profitable venture spread over 18-20 acres.

Initially, Gurbir had set up a hybrid vegetable nursery. Since the experiment was a success, he, assisted by his brothers, took another plunge by venturing into vegetable seedlings and fruit saplings.

Undeterred by their limited theoretical knowledge, the three brothers collaborate with the Punjab Agricultural University (PAU) to produce finest quality of seeds. In 2011, they established their own brand by the name of “Onkar Seeds”.

Today, the nursery provides seedlings to farmers of Punjab, Haryana, Bihar and J&K.

Since 2019, the three brothers have been cultivating exotic crops such as dragon fruit, papaya, avocado, anjeer, apple, mango, red lady, malta, mandarin kinnow, sapodilla and pomegranate, which were rare in this part of the region.

Gurbir says, “We started cultivating vegetables for home consumption — an experiment that is paying dividends now.” “The knowledge I gained while working with my father in the fields helped me in establishing the nursery. To ensure quality control, we consult the PAU scientists. Besides, we sow hybrid seed in our farm for at least two to three years on a trial basis. Only if the yield is good, we offer it for sale,” the eldest brother says.

Gurbir advises farmers “to be patient and keep faith”. “We make at least 25% profit on our investment,” he claims.

Jobanjit, who looks after the marketing of the farm, says: “It takes a couple of years to make the financial gains. Once you get into it, sky is the limit.”

About future plans, Gurpreet says they are planning to establish a hi-tech greenhouse, which will be equipped with a temperature control system.

Meanwhile, Khadoor Sahib MP Jasbir Singh Dimpa says the nursery started by the three brothers has set an example in crop diversification. “Their experiment assumes importance in view of the depleting groundwater level, damaged biodiversity, and over dependence on paddy and wheat,” he adds.