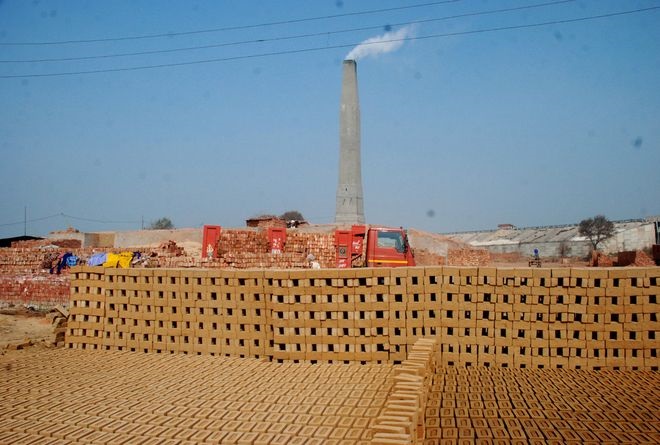 The Brick-Kiln Owners’ Association has decided to go on a strike in protest against the increase in the coal price and hike in GST. Due to this, all 2,700 brick kilns in the state will not produce any bricks in the next season starting from September.

Giving this information at a press conference here today, Brick-Kiln Association of Punjab chairman and District Hoshiarpur Brick-Kiln Owners’ Association president KK Vasal said the industry was facing difficult times due to wrong policies of the government. He said coal that was earlier sold at Rs 7,000 per tonne, was now being sold at Rs 21,500 per tonne. It also attracted 5 per cent GST.

Due to the stagnation in production, there was a danger of closure of construction and development works, he said, adding that over five lakh labourers associated with the industry would be affected.

“Instead of providing relief to the industry, the government has increased the GST on the bricks from 5 per cent to 12 per cent. Due to this, the price of bricks has increased,” he said.

After the government directed all kilns to get a licence for buying coal and also deposit security amount, kiln owners deposited Rs 10,000 licence fee and Rs 2,00,000 security. However, even after months, the kilns could not get coal, said the association.

It demanded that the GST on bricks should be reduced from 12 to 5 per cent and relief should be provided in coal procurement. It said if their demands were not met, the production of bricks would be completely stopped in the next season starting from September and if the need arises, the owners would stop the sale of already produced bricks.