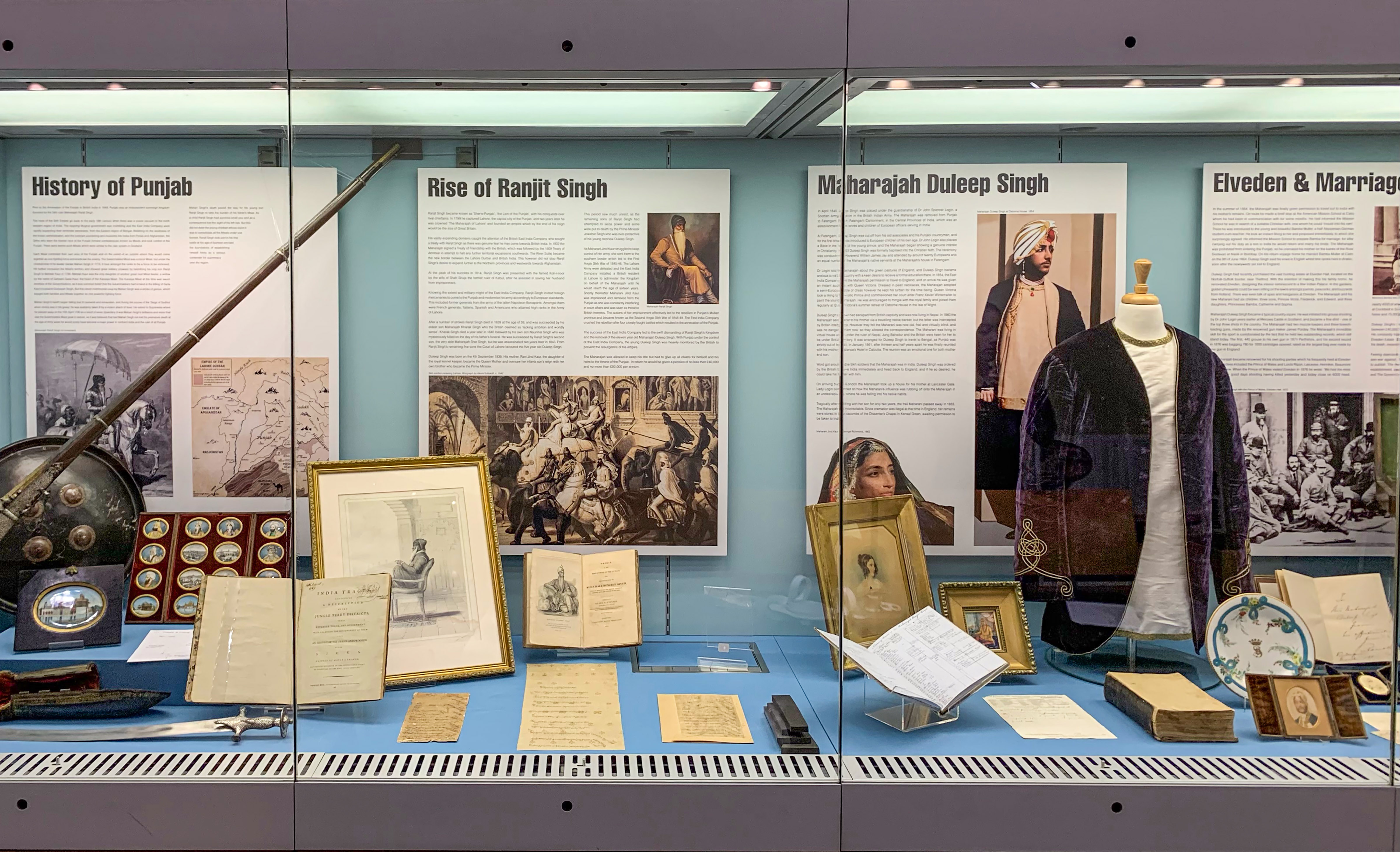 Objects related to Maharaja Duleep Singh on display in London.

A British Sikh historian, author and art collector has loaned his extensive personal collection for a major exhibition on Maharaja Duleep Singh, the last ruler of Punjab who was exiled to Britain during the colonial rule.

Peter Bance, the UK-based author of ‘Sovereign, Squire and Rebel: Maharajah Duleep Singh & the Heirs of a Lost Kingdom’ among other works, formally opened the exhibition at Norfolk Record Office in Norwich this week.

“Maharajah Duleep Singh: Norfolk’s Princely Family” is described as the biggest exhibition ever curated on the son and heir of Maharaja Ranjit Singh and forms part of the 2022 Festival of East Anglia and Punjab. “This is the first time that many of these historic objects have been displayed for public viewing, and I hope visitors will enjoy seeing these as much as I have had in discovering them,” said Bance.

“One of my favourite items is a signed journal by Queen Victoria, which reads: ‘To HH Maharaja Duleep Singh from his affectionate friend, Victoria RI, Windsor Castle, March 1868’, which is a really intimate and personal inscription referring to the former king of Punjab as her friend, although his treatment from the British government was far from that.

“I hope this exhibition will be a springboard for the younger generation of British Indians to delve into their history and discover artefacts which are out there,” he said.

“Highlights in the exhibition include Duleep Singh’s velvet Indian jacket; his shooting paraphernalia with which he shot thousands of game at Norfolk parties with the then Prince of Wales; textiles and apparel worn by the princesses; the family’s photograph albums and personal intimate letters,” said Bance, who has been collecting the archive for over 25 years.

The exhibition, on at the Archives Centre in Norwich until September, has been organised by the Anglo Punjab Heritage Foundation and supported by the Essex Cultural Diversity and its creative director Indi Sandhu.