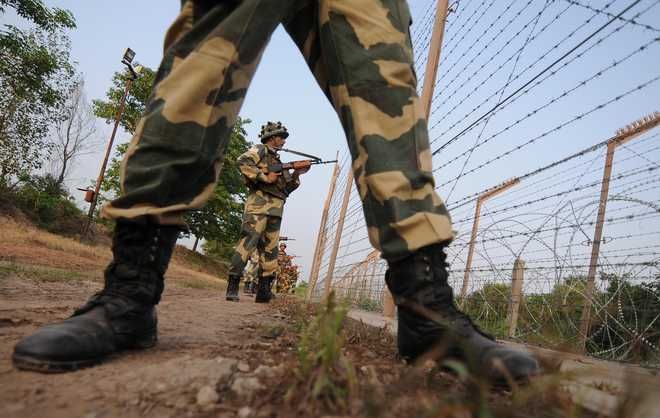 The Punjab Frontier of the Border Security Force (BSF) has denied allegations made by the Faridkot police that it was not co-operating with it in checking cross-border drug smuggling.

A BSF spokesperson said the Faridkot police, as mentioned in various media reports, claimed that BSF allegedly did not support the Faridkot police in the recovery of contraband from a place lying across the border fence in Abohar sector on April 13.

“We are working with different agencies of the country daily and have been foiling anti-India plans of anti-national elements. For example, the BSF’s Punjab Frontier conducted a joint search operation with the Amritsar police’s special task force on April 13 and recovered suspected contraband. A similar joint operation was undertaken in Abohar sector on March 10,” the spokesperson said.

He said, in fact, the input that Faridkot police had on April 13 was already there with other agencies and the area beyond the border fence had already been thoroughly searched. However, in media reports, it was mentioned that the “extension of the BSF’s jurisdiction from 15 km to 50 km” was the reason for the lack of cooperation, he said.

“But if the BSF allegedly did not cooperate with the Faridkot police in the recovery of contraband from a place across the border fence, it is not clear how the extension of the BSF’s jurisdiction comes into play,” the official said. —