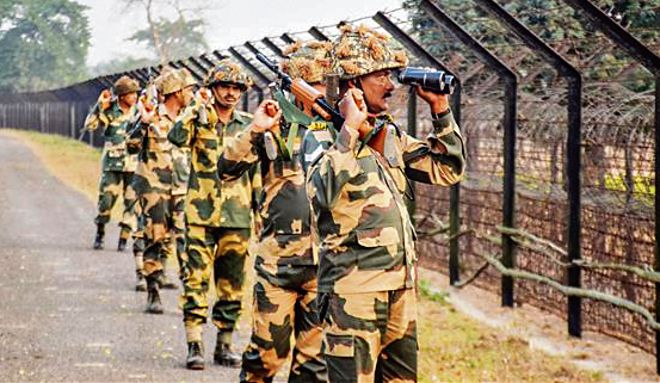 A day after registering a case against two persons for allegedly smuggling drugs and weapons from Pakistan, the Faridkot police have accused the Border Security Force (BSF) of “non-cooperation” in the probe. The accused have been identified as Jaswinder Singh, alias Jassa, of Habib Wala village and Gurpreet Singh, alias Gopi, of Dal village of Tarn Taran.

Their repeated requests to the BSF officials for cooperation did not work, mentioned the CIA Faridkot in its general diary report. On the basis of the Centre’s notification related to increase in the BSF’s jurisdiction from 15 km to 50 km, they approached the BSF authorities, besides roping in the Khemkaran police, claimed the Faridkot police.

SSP Avneet Sidhu said the probe was under way and the matter had been raised with the BSF authorities. “We raised the issue with senior authorities to ask the BSF to cooperate with us, but as there was no assistance from their end, the accused managed to escape,” alleged the police.

Kamaljit Rai, SHO, Khemkaran, said most of the times, there was lack of cooperation from the BSF. “We have discussed the matter numerous times with the BSF authorities during our periodic meetings, but to no avail,” claimed Rai.

BSF commandant Durje Lal deployed in Khemkaran denied the allegations. “We provide best possible cooperation to the police during investigation,” he said.

A senior police officer said after the extension of BSF’s jurisdiction, the security force preferred to share the information related to movement of smugglers with the Narcotics Control Bureau (NCB).

Durje Lal said the BSF had been conducting joint operations with the Punjab Police and law enforcement agencies, including the NCB. Amid a row over the extension of territorial jurisdiction of the BSF in October 2021, the Punjab Assembly had unanimously passed the resolution “rejecting” the Centre’s order.

The Centre had amended the BSF Act last year to authorise the force to undertake search, seizure and arrest within a larger 50-km stretch, instead of the existing 15 km, from the international border in Punjab, West Bengal and Assam.