BSF jawans hear buzzing sound of a Pakistani drone at midnight; they open fire but it manages to return to Pakistan 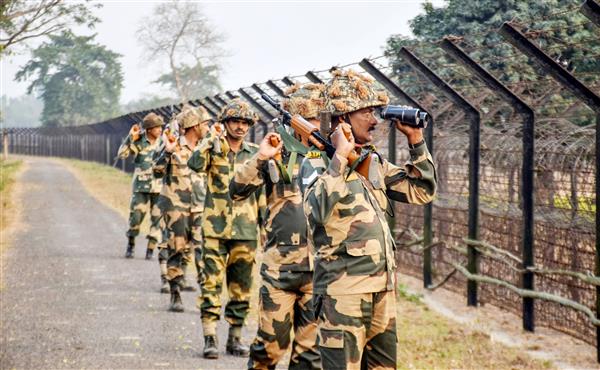 The BSF recovered around 27kg heroin and some ammunition in the area of Sowarwali Border Outpost in Fazilka sector on Saturday.

The heroin was dropped by a Pakistani drone.

Official sources said BSF jawans heard buzzing sound of a Pakistani drone at midnight; they opened fire but it managed to return to Pakistan.

Meanwhile, the troops observed the movement of three to four suspected people and challenged them but they fled.

After the search, the troops found 10 packets of heroin, weighing around 27kg, a Pakistani-made pistol, two magazines and 50 rounds of a .9mm pistol near the border.