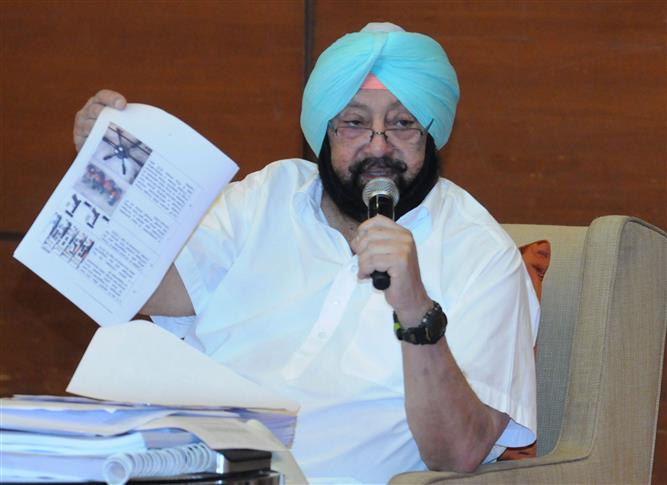 As the time is running out for former Chief Minister Capt Amarinder Singh to form his new political outfit, the usual hustle and bustle associated with the formation of a political party was missing in his camp today.

The political developments in the Congress at Delhi forced his close party associates to desist from showing up with the former CM. A senior party leader said there was still no clarity on the resolution to the farmers’ stir and the course of action being adopted by the former CM to float his party. There is strong apprehension that to keep the Congress out, the former CM might have behind-the-scene tactical understanding with Akalis.

“Ahead of the elections, efforts are on to bring truce between CM Channi, Sukhjinder Randhawa and Navjot Singh Sidhu. In the past few days, former ministers, sitting ministers and annoyed MLAs have been called to Delhi to ensure their suitable rehabilitation,” a senior leader said. One of the confidants of former CM, Rana Gurmit Sodhi, today shared his picture of a meeting with Rahul.

In a veiled reference to Sodhi, PCC ex-chief Sunil Jakhar tweeted, “A picture is worth a thousand words. One posted today speaks volumes, about the fate of the most talked about new political venture in making. Rats are the first one to jump of a sinking ship”.

Meanwhile, Punjab affairs incharge Harish Chaudhary, along with the party leadership, is brain storming in Delhi, on as to how to counter Capt Amarinder. Some political appointees by the former CM could be removed to make way for adjusting other leaders.

Giving reason for the absence of Congress MLAs at the event, a close aide of the former CM said they were playing a wait and watch game amid pressure from the high command. “Things will become clear once Amarinder announces his party,” he said.

Taking a serious note of the repeated statements made by Capt Amarinder Singh regarding contesting the 2022 Assembly elections with the SAD (Sanyukt), party leader Sukhdev Singh Dhindsa asked the former CM to refrain from making such “baseless statements”.