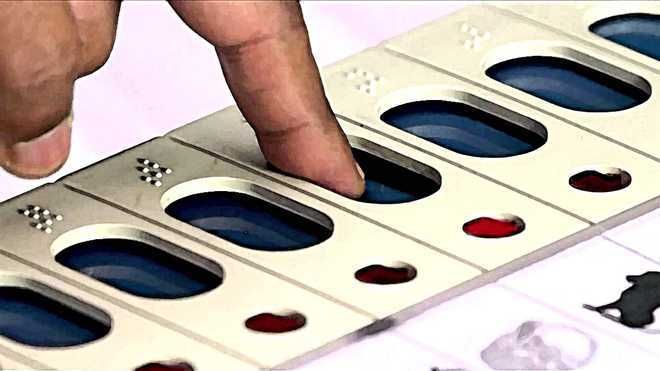 With Sangrur Lok Sabha bypoll campaign reaching its peak, the fight between two parties staking claim over the issue of release of Sikh political prisoners (Bandi Singhs) has intensified. The ruling Aam Aadmi Party has been putting both of them in the dock over the issue.

Not just political parties, political prisoners also seem divided over the issue. If one assassin of former Chief Minister Beant Singh has been supporting Shiromani Akali Dal, the other has come out in support of Simranjit Singh Mann of SAD (Amritsar).

In the beginning, Sukhbir Singh Badal, SGPC chief Harjinder Singh Dhami and others tried to convince Mann to withdraw his candidature in the interest of political prisoners. However, Mann snubbed them and said there can be no bigger political prisoner than him as he had spent eight years in jail. He did not just allege that during the SAD’s 10-year rule innocent Sikh youths were booked under the Unlawful Activities (Prevention) Act.

Last week, lawyer of Jagtar Singh Tara, who has been convicted in Beant Singh assassination case, held a press conference and claimed that Tara has offered to support Mann.

The latest to join the bandwagon is lawyer Ranjan Lakhanpal and Gopal Singh Sidhu of SAD (Amritsar). They claimed that the state and the central governments had registered 150 cases against Mann for his political views and he was acquitted in each and every case.

Meanwhile, CM Bhagwant Mann said, “If by winning a Lok Sabha seat, political prisoners can be released, then both Harsimrat and Sukhbir are already MPs.”