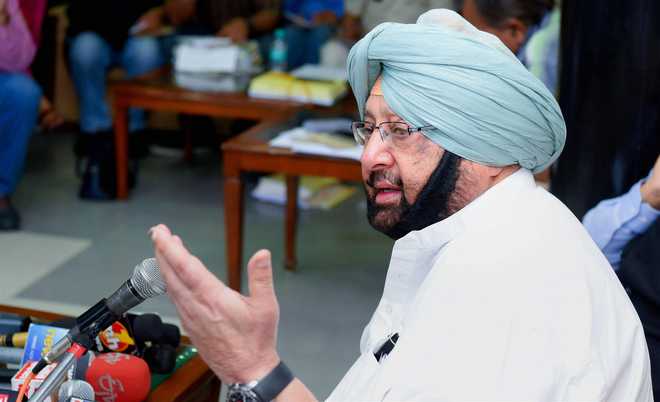 Punjab Chief Minister Captain Amarinder Singh has welcomed Canada's decision to not recognise the results of the 'Referendum 2020' which is organised by Pro-Khalistan group, "Sikhs for Justice" (SFJ).

The Chief Minister is hoping other countries would follow Canada's example and reject the secessionist 'Referendum 2020', which the SFJ was promoting to divide India into communal lines.

The Chief Minister was responding to media reports, quoting a spokesperson, of the Foreign Minister of Canada, which said: "Canada respects the sovereignty, unity and territorial integrity of India, and the Government of Canada will not recognise the referendum".

The Chief Minister said that the categorical stand taken by the Justin Trudeau government on this issue is exemplary. He hopes other nations and governments should come out, and be against SFJ as well—which has been banned by India as a terrorist organisation.

The founder of SFJ, Gurpatwant Singh Pannu, has been declared as a terrorist for actively promoting Pakistan-backed terror activities on Indian soil.

The Chief Minister added that failing to oppose the separatist SFJ organisation could set a dangerous precedent for any country, this could be seen as covert support to an organisation that would freely be propagating secessionist activities.

This was in the interest of global peace and security to reject forces, that are hellbent on spreading terror, the Chief Minister added.

Sikhs in Punjab had categorically rejected SFJ’s pro-Khalistan movement, which the outfit was spreading at the behest of Pakistan’s ISI, he concluded.