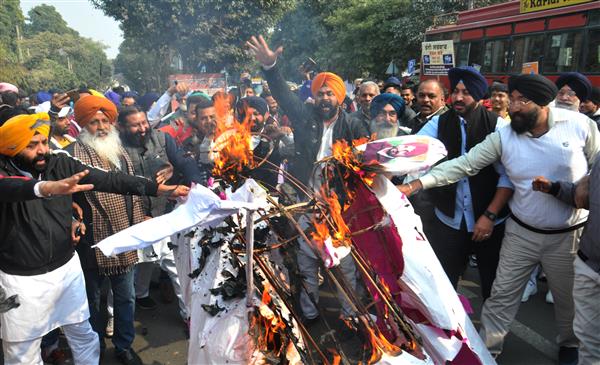 SAD district unit members staged a protest at Ambedkar Chowk here over the registration of an FIR against Akali leader and former minister Bikram Singh Majithia for his alleged involvement in drug smuggling. Party leaders and workers raised slogans against the state government and burnt an effigy to express resentment.

The government is fabricating allegations against Akali leaders. The inquiry report was made by an officer who was biased against us. —Daljeet Cheema, SAD spokesperson

“The government could not perform in the past five years and now it wants to divert people’s attention from real issues by getting false cases registered against Opposition leaders. It is an attempt to suppress the voice of the party leaders highlighting shortcomings of the government,” said Singla.

“The FIR is the result of political vendetta to draw mileage ahead of the state Assembly elections. Police officers working at the behest of ruling party leaders who are registering cases without any grounds will have to face the consequences,” added Singla. — TNS