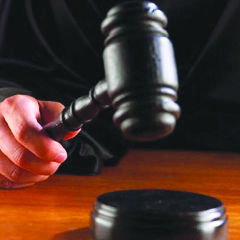 The judgment by Justice Sanjay Kumar came on a petition filed by Jaswinder Singh against the Union of India and the Regional Passport Officer. The petitioner had moved the High Court claiming that he was not being issued a fresh passport.

Appearing before the Bench, the counsel for the petitioner submitted that the reason for denial of a passport was the registration of an FIR against him in November last year at the Joga police station in Mansa district.

Accepting notice on behalf of the Regional Passport Officer and the Union of India, another counsel sought time to seek instructions in the matter. Justice Kumar, however, asserted the court was of the opinion that there was no necessity to independently adjudicate the aspect as it was no longer “res integra” or an untouched matter.

He asserted the passport authorities, in terms of the judgments, could not refuse or cancel a passport on the ground of registration of an FIR.

Referring to the facts of the case in hand, Justice Kumar added passport couldnot be refused to the petitioner on the sole ground that an FIR had been registered against him.

Disposing of petition, Justice Kumar directed the Regional Passport Officer, Chandigarh, to consider the petitioner’s passport application dated September 4 on its own merits and in accordance with law after duly taking into consideration the settled legalposition. “This exercise shall be completed expeditiously and in any event, not later than fourweeks from the date of receiving the order’s certified copy,” he concluded.