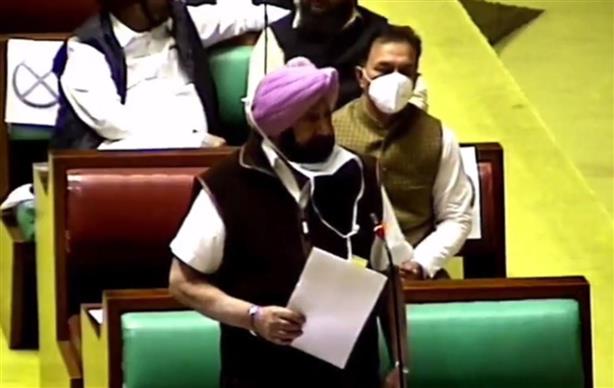 The Punjab Vidhan Sabha on Monday unanimously passed a Resolution saluting the “indomitable spirit of women in contributing to the progress of the Nation”, with Chief Minister Captain Amarinder Singh declaring his government’s strong and continued commitment to the empowerment of women and the girl child at every level, including the family, the work place and society in general.

Recognising the immense contribution of women in making this world a better place to live, the House resolved “to work with dedication towards providing them an ambience of equity, justice, and freedom to further empower them to be equal partners in the progress of Punjab and our country”.

Earlier, placing the Resolution before the House on the occasion of the International Women’s Day today, the Chief Minister termed it an occasion “to realistically assess where we have reached and to rededicate ourselves to providing a life of equality and dignity to every woman in the State”.

Recalling the words of Sri Guru Nanak Dev, who had said about women: “So kyun manda aakhiye jittu jammen rajan,” the Chief Minister stressed the importance of various measures to power the changing attitudes about women.

The Chief Minister underscored the importance of ensuring an environment where women can be provided both safety, and all offenders can be brought to justice, swiftly and surely. He cited the recently launched Mata Tripta Mahila Yojana for the empowerment of women-headed households in Punjab as another step to strengthen thousands of women and their families in the state.

Under the Mata Tripta Mahila Yojana, as many as 105 sub-schemes are to be implemented by the various Departments.