Navjot Sidhu remained in BJP for 14 years and Pargat Singh was in Akali Dal prior to joining Congress, says former Punjab CM 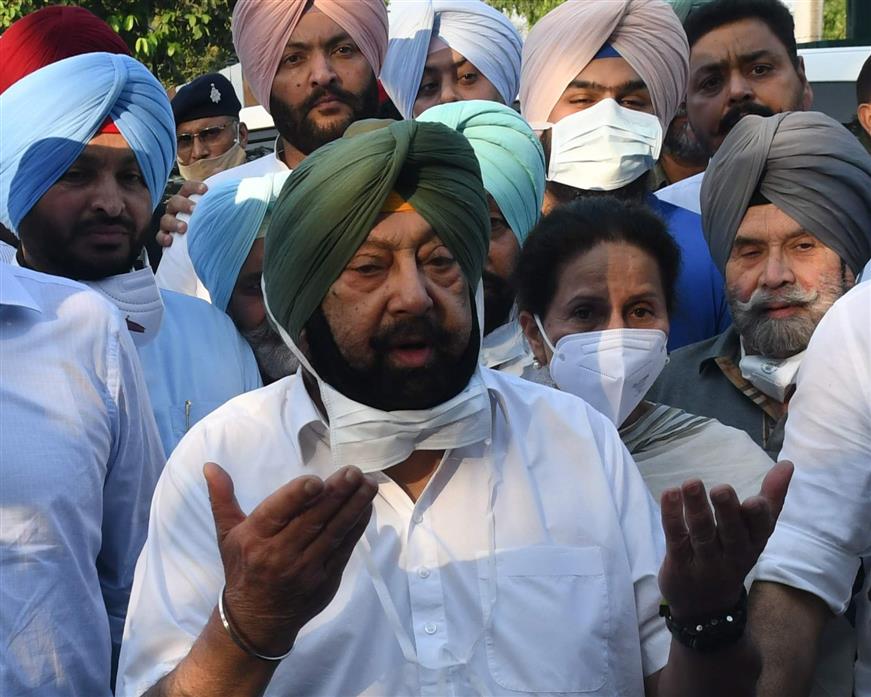 Hitting back at Congress Punjab affairs incharge Harish Rawat over his secularism remark aimed at Capt Amarinder Singh, the former CM had pointed out that Navjot Singh Sidhu remained in BJP for 14 years and Pargat Singh was in Akali Dal, prior to joining Congress.

Questioning Rawat, Capt Amarinder Singh while citing example Congress alliance with Shiv Sena in Maharashtra said, “It was ok to join forces with so-called communal parties as long as it suits Congress purpose. What’s this if not sheer political opportunism?”

‘Stop talking about secularism @harishrawatcmuk ji. Don’t forget @INCIndia took in @sherryontopp after he was with @BJP4India for 14 years. And where did Nana Patole and Revnath Reddy come from if not RSS? And Pargat Singh was with @Akali_Dal_ for 4 years!’: @capt_amarinder 1/4 pic.twitter.com/h3f8ce4F6V

“Today you’re accusing me of helping my rival Akali Dal for four and a half years. I have been fighting court cases against them for the last 10 years,” said the former CM replying to charges levelled by Rawat.

He further said, “Your apprehension I’ll damage Congress interests in Punjab. Fact is the party has damaged its own interests by not trusting me and giving in into the hands of an unstable person like Navjot Sidhu who’s only loyal to himself.”