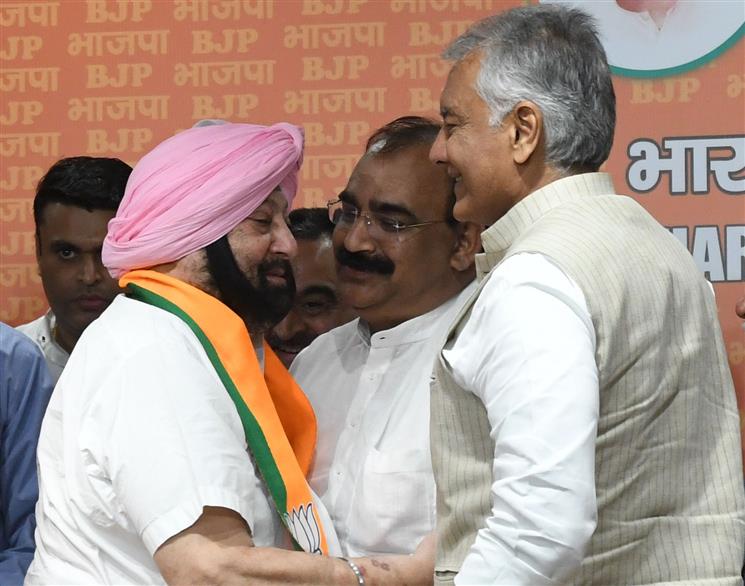 The BJP on Tuesday constituted a new core committee for its Punjab unit, with former Congress leaders Capt Amarinder Singh and Sunil Jakhar among the panel’s 17 members.

While Amarinder Singh, an ex-chief minister of Punjab, had quit the Congress ahead of the state assembly elections, former Lok Sabha member Jakhar had left the party in May. Last week, they were also made members of the BJP’s national executive.

Former Congress leaders Rana Gurmit Singh Sodhi and Fatehjang Singh Bajwa were also made members of the core committee, according to the list of new appointments. Sodhi and Bajwa had earlier joined the BJP.

The BJP also formed a nine-member finance committee of the Punjab unit.