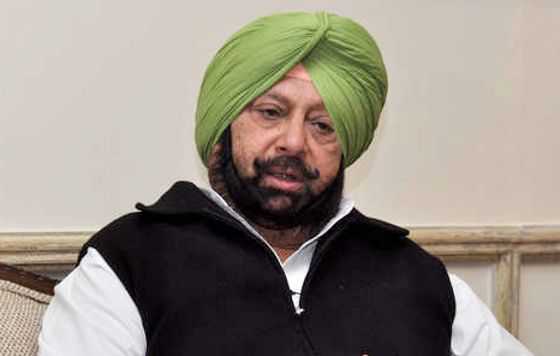 Ahead of forming a new political outfit, former Punjab CM Capt Amarinder Singh has hinted at an early resolution of the farmers’ agitation over the three central farm laws.

Ahead of forming a new political outfit, former Punjab CM Capt Amarinder Singh has hinted at an early resolution of the farmers’ agitation over the three central farm laws.

Party launch soon, may tie up with BJP

The battle for Punjab’s future is on. Will soon launch a political party… Hopeful of a seat arrangement with BJP in 2022 Punjab polls if farmers’ issue resolved. — Capt Amarinder Singh

The former CM, who is camping in Delhi for the past two days, in an interview to a news portal, indicated the possibility of a pre-poll alliance with the BJP, subject to “a satisfactory resolution of the farmers’ issue”. He also listed the option of an alliance with the breakaway Akali Dal faction, mainly the Dhindsa and Brahmpura group.

The Tribune had on October 1 highlighted that Captain would form a new political outfit ahead of the state poll. Captain and the BJP leadership have been on the same page on several issues. Therefore, a tie-up or tacit understanding between the two could be a possibility. — TNS