Covid cases up 100 times in 2 weeks in Punjab 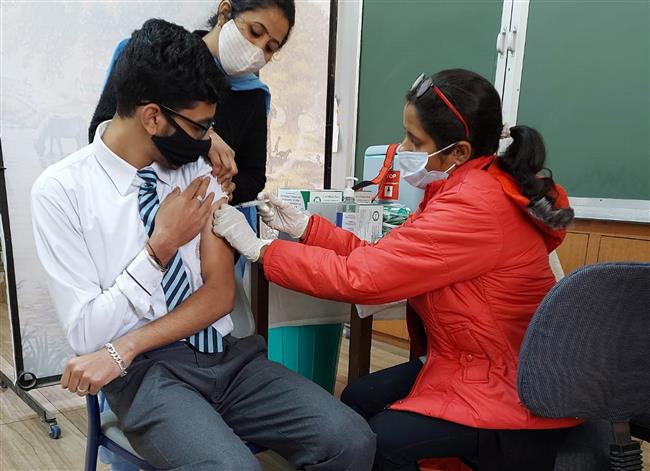 A beneficiary being jabbed in Jalandhar. photo: Malkiat Singh 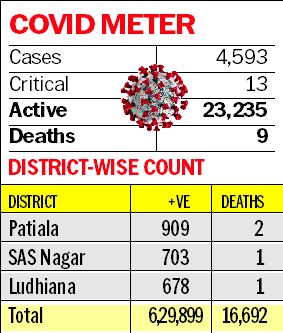 As far as cases are concerned, Patiala topped the chart with 909 cases; followed by SAS Nagar 703; Ludhiana 678; Amritsar 455; Jalandhar 330 and Bathinda 233. Another concern for the state is high positivity rate, which has increased to 18.64 per cent.