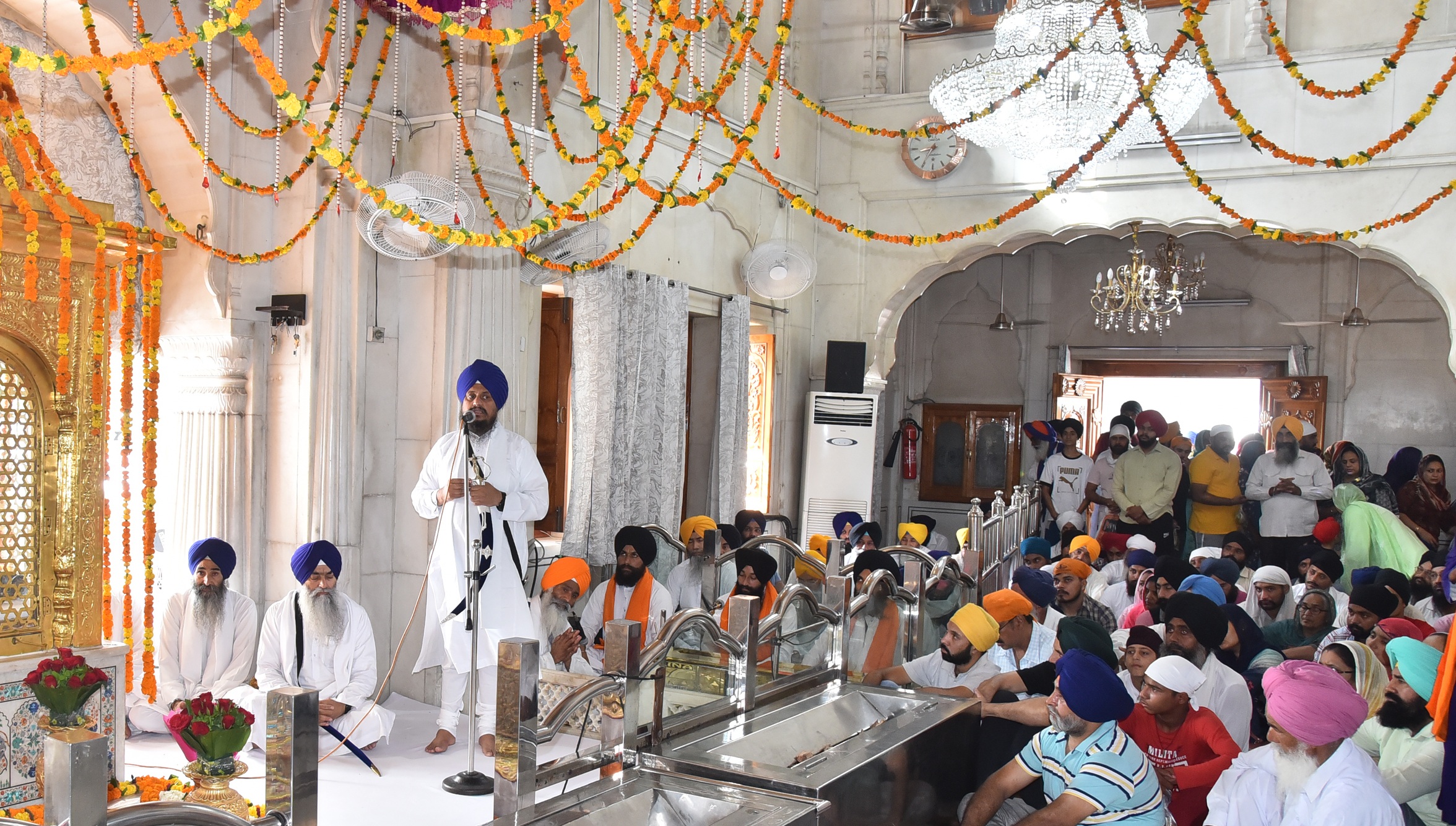 Akal Takht officiating Jathedar Giani Harpreet Singh on Wednesday said the fear of losing non-Sikh vote bank had prevented both the Centre and the state government to spare a thought for the premature release of Sikh political prisoners.

Giani Harpreet Singh said during his customary message for the community from the podium of the highest temporal seat on the occasion of Parkash Purb of Guru Hargobind, the sixth Sikh Guru who gave the concept of Miri Piri. Thousands of devotees took part in the celebrations organised by the SGPC the Akal Takht on Wednesday.

Jathedar of Akal Takht Giani Harpreet Singh and Jathedar of Takht Sri Kesgarh Sahib Giani Raghbir Singh among other prominent personalities were present on the occasion. After the bhog of an ‘akhand path’, Hazuri Ragi jatha of Darbar Sahib performed kirtan.

Addressing the gathering, Giani Harpreet Singh apprised how the Guru, during his release had put forth the condition to set free 52 Hindu emperors from the jail along with him, that’s why He was christened as “Bandi Chhor Data” (one who facilitate release of prisoners).

“In stark contrast to the Guru’s thought, in present days, no government is ready to initiate the move to set the imprisoned Sikhs free who have been languishing in different jails despite serving more than their sentence. The governments fear that it could invite the ire of non-Sikhs leading to a dent in major vote bank share.” — TNS

For getting these prisoners freed, there’s a need to unite the Sikh power. If the Sikhs remain divided then it will be difficult to resolve the issues. Every Sikh should raise voice in favour of the prisoners. — Giani Harpreet Singh