Ruling out vaccines for all, Vardhan says so long as vaccine supply remains limited, there is no option but to prioritise as is the global practice 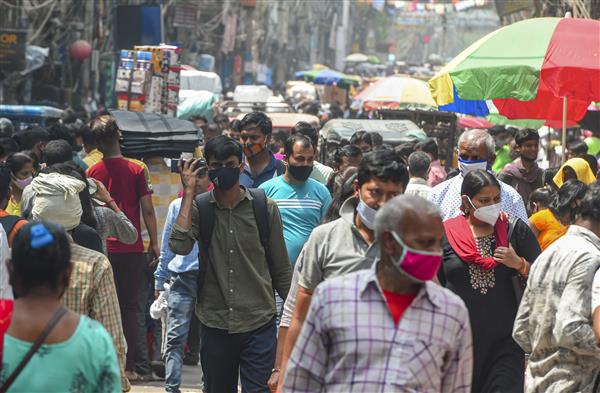 People, not adhering to social distancing norms, at Sadar Bazar, amid coronavirus pandemic, in New Delhi, on Wednesday, April 7, 2021. PTI

The Centre on Wednesday hit out at Maharashtra, Punjab and Delhi for seeking COVID jabs for all adults describing the move as “deplorable attempts to distract attention from failures to tame the pandemic”.

In a hard-hitting rebuttal to these states, Health Minister Harsh Vardhan asked if they had saturated the vaccine coverage of currently eligible beneficiaries to be seeking the expansion of the drive when they know the demand-supply dynamics and were part of the discussions that led to the framing of national vaccine strategy for priority groups.

Ruling out vaccines for all, Vardhan said so long as the vaccine supply remains limited, there is no option but to prioritise as is the global practice. 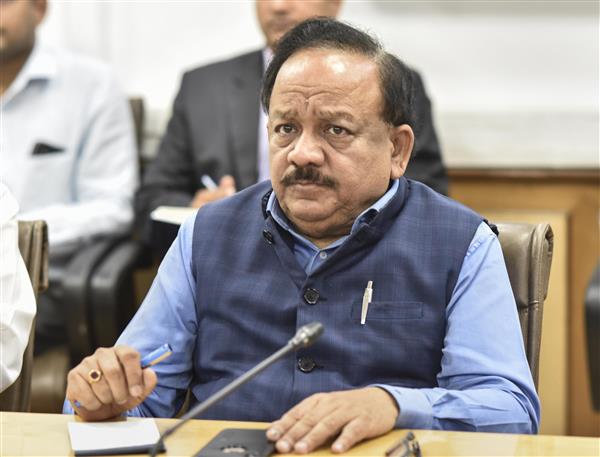 When states seek vaccines for all above 18 years, we presume they have saturated the coverage of health, frontline workers, and the elderly, but the facts are very different.
Harsh Vardhan, Union Health Minister

He said he was alarmed at many states failing to respond appropriately to the pandemic but asking to open up vaccination to everyone above 18 or to drastically lower the minimum age for vaccinations.

“These are deplorable attempts to distract from their own failures,” the minister said.

He said when these states seek expansion we presume they have achieved saturation coverage of healthcare workers, frontline workers and senior citizens.

“But the facts are different,” Vardhan noted releasing vaccine coverage data which shows Maharashtra, Delhi and Punjab have vaccinated 86 per cent, 72 pc and 64 pc health workers, respectively, with the first dose where 10 states have crossed 90 pc.

Maharashtra and Delhi have vaccinated 41 pc each of health workers with the second dose and Punjab only 27 pc where 12 states that have done over 60 pc.

Among frontline workers, Maharashtra has vaccinated 73 pc with the first dose; Delhi and Punjab 71 pc and 65 pc, respectively.

Vaccination of frontline workers with the second does for Maharashtra is 41 pc and for Delhi and Punjab it is 22 pc and 20 pc. Maharashtra has vaccinated only 25 pc of the elderly, Delhi 30 pc and Punjab just 13 pc where four states and UTs have vaccinated more than 50 pc.

“Doesn’t it seem evident these states are trying to divert attention from their poor vaccination efforts by continuously shifting goal-posts? Politicisation of public health is a damning indictment of some political leaders who should know better,” said Vardhan specifically taking on Maharashtra saying, “It is shocking how Maharashtra is putting its people in danger by letting people escape institutional quarantine mandate for personal vasuli,” Vardhan said.

The minister’s statement followed appeals from CMs of the respective states to expand vaccinations.

The government further said there was no vaccine shortage in Maharashtra and the repeated narrative was “an attempt to divert attention from Maharashtra government’s failures to control the pandemic”.

Maharashtra contributed the most – 55,469 cases to the daily basket of 1.15 lakh cases today.

Vardhan said the state’s inability to act responsibly was beyond comprehension and a greater folly was to spread panic among people by claiming vaccine shortages that do not exist.

“Chhattisgarh has seen disproportionately higher number of deaths in three weeks. Their testing remains heavily dependent on rapid antigen tests which is unwise. The state even refused to use Covaxin despite the Indian Drug Controller approving the vaccine and must be the only government worldwide to incite vaccine hesitancy,” Vardhan said.