Centre's new directives on coal to increase power cost by 20% in Punjab : The Tribune India

State told to blend it with imported coal, supply it via rail-sea-rail mode 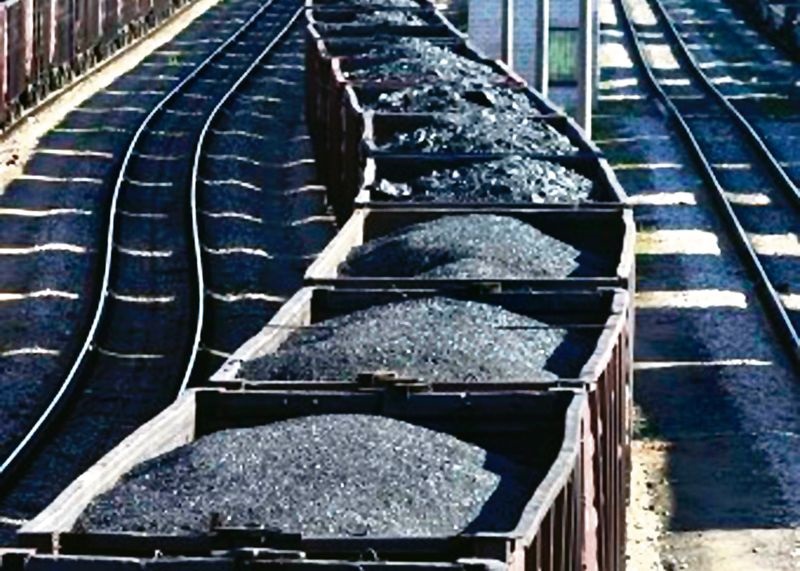 Already facing a coal shortage despite a captive mine becoming operational, Punjab now stares at the increased landing cost of coal in the coming months.

Already facing a coal shortage despite a captive mine becoming operational, Punjab now stares at the increased landing cost of coal in the coming months.

The recent directive of the Centre to “blend coal with imported coal by 6 per cent” in view of the likely coal shortage in summer and the use of rail-sea-rail (RSR) mode for transporting coal from Mahanadi and Talchar coalfields in Odisha to Punjab via Mundra in Gujarat will escalate the cost by 20 per cent.

A freight train takes four to five days (1,900 km) to reach the Talwandi Sabo thermal plant. Through the rail-sea-rail mode, coal will be supplied 1,700-1,800 km by train in addition to the sea route of 4,360 km and will take 25 days. It will escalate the cost. Ex-Chief Engineer, PSPCL

Last week, the Power Ministry asked Punjab, Gujarat, Rajasthan and Maharashtra to transport 10-15 per cent of coal through a combination of land and sea route.

The transport mechanism was worked out because of logistical constraints of the direct rail movement and an anticipated increase in coal requirement during peak demand in April-May.

Padamjit Singh, chief patron, All-India Power Engineers’ Federation (AIPEF), in a letter to Power Minister RK Singh said the ministry had no logic to put an additional burden of transporting coal through the RSR mode. Punjab should be allowed to transport coal by rail route only, he said.

“The coal demand will be on a higher side this summer due to the rise in mercury and increased demand from the industry. Punjab has not been able to maintain a mandatory coal stock of 24 days. The stock at Lehra Mohabbat and Ropar thermal plants is less than three days,” said VK Gupta, spokesperson, AIPEF.

On December 8, 2022, Chief Minister Bhagwant Mann had shot off a letter to the Centre and sought exemption for lifting coal through the RSR mode and to supply 100 per cent coal in “Direct Rail Mode”. The CM also requested to supply coal from the Pachhwara Central coal mine to Talwandi Sabo and Rajpura thermal plants without any transfer limit of 50 per cent and additional royalty.

“A freight train takes four to five days (1,900 km) to reach the Talwandi Sabo thermal plant. Through the RSR mode, coal will be transported 1,700-1,800 km by rail in addition to the sea route of 4,360 km and will take 25 days. As a result, it will increase power charges,” claimed former chief engineer of Punjab State Power Corporation Limited (PSPCL).

“Ultimately, the higher cost will have to be passed on to consumers,” said a top PSPCL official.