Police rescue two infants from their custody in Patiala 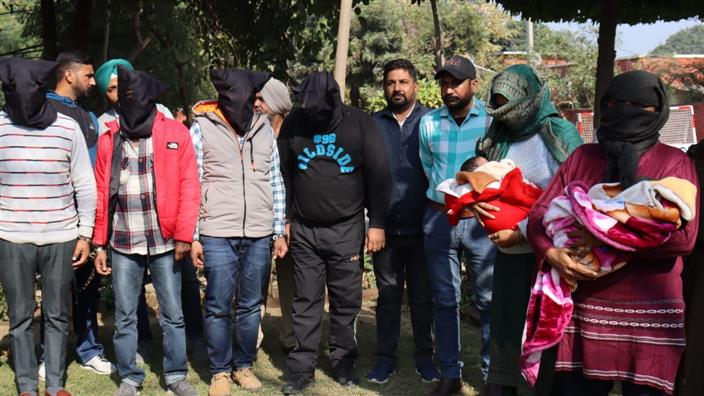 The suspects involved in sale of infants in police custody in Patiala on Tuesday. Tribune photo

The Patiala police have arrested seven persons, including two women, allegedly involved in selling and buying of newborn babies. Two infants were also recovered from the gang members, said the police.

SSP Varun Sharma said, “Following a tip-off, we arrested the gang members who had come to sell an infant to Sukhwinder Singh, a resident of Dhanas, in Chandigarh. A case was registered in this regard at the Sadar Samana police station. We have also seized Rs 4 lakh meant to buy the infant.”

“Further investigations are on to ascertain how the gang lured parents to buy these infants or if they were stealing them to make a quick buck,” said the SSP.