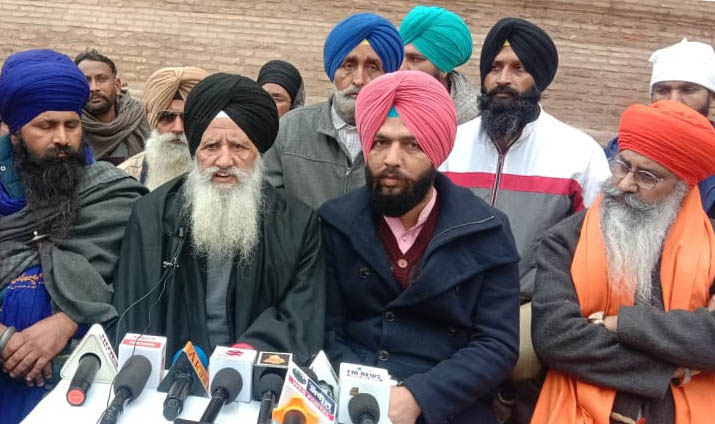 Voices are being raised seeking the release of Sikh political prisoner Davinder Pal Singh Bhullar, pending before the Delhi Government, and others languishing in jails despite completion of their sentences.

Will issue warning letters to nominees

Giving an ultimatum to AAP supremo and Delhi CM Arvind Kejriwal till January 26, Sikh organisations in Amritsar have given a call for boycott of party candidates in the upcoming Punjab Assembly polls if he failed to clarify his stance on releasing Bhullar. The issue has also reached the Akal Takht, demanding opposition of the AAP candidates in protest.

In Bathinda, senior leaders of Sikh outfits, social activists led by author Hardeep Singh Dibdiba, have also sought Bhullar’s release. Dibdiba, while addressing mediapersons, alleged Bhullar had already served his life term, but the Delhi Government had been creating hurdles in his release. They would issue “warning letters” to all AAP candidates in the fray and ask Delhi CM Arvind Kejriwal to “clarify his stand” on the matter within five days, failing which they would target and gherao AAP candidates and Kejriwal in the state, he said.

“We will issue warning letters to all 117 candidates fielded by the AAP and Delhi CM Kejriwal and ask them to clarify their stand on the matter as to why Bhullar is not being released despite having served his full term. If no concrete steps are taken for his release within five days, we will start gherao of AAP candidates and Kejriwal in the state,” he said.

“If hurdles were created for the release, we will start a drive against AAP candidates. Kejriwal claims he is with the people of Punjab. If it is really so, he needs to clarify his stand on the matter,” said Dibdiba.

In Amritsar, Akal Federation’s Narain Singh Chaura, accompanied by Bhullar’s wife Navneet Kaur, warned that the Punjab Government in compliance with the Home Ministry’s guidelines had sent the file pertaining to premature release of Bhullar, but the Delhi Government-led by Kejriwal had been adopting dilly dally approach to clear it.

He said Kejriwal had refused to endorse the file thrice in September 2019, February 2020 and August 2020 and that he must clarify his stance before the Punjab polls.

“If the formalities pertaining to Bhullar’s release were not furnished till January 26, we will gherao AAP candidates contesting elections in Punjab under protest,” he said.

Bhullar, who was convicted in the 1993 Delhi bomb blast case, is undergoing life imprisonment after the Supreme Court commuted his death sentence. He was sentenced to death by a designated TADA court on August 25, 2001. He was shifted to Amritsar Central Jail in June 2015 and is facing serious health issues. As the case pertains to Delhi, it is the prerogative of the Delhi Government, to sign his premature release order.