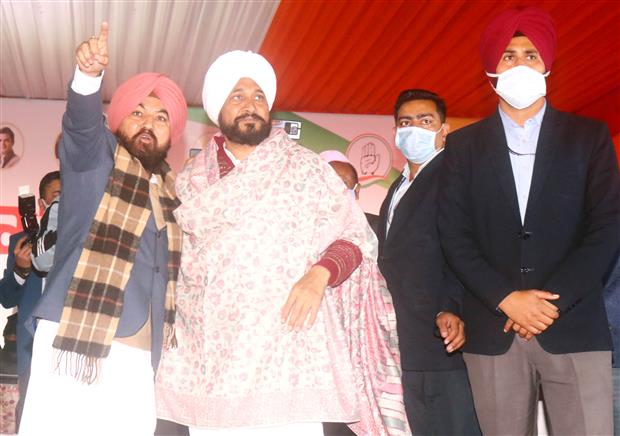 Taking a dig at the BJP over a thin presence at its Ferozepur rally on a rainy Wednesday, Chief Minister Charanjit Singh Channi on Friday said the weather was also bad today, but a large number of people turned up at the venue due to the popularity of the state government. He reiterated that there was no security threat to PM Narendra Modi during his visit to the state.

Despite the bad weather, thousands have turned up today. But in the Ferozepur rally, barely 700 people were present. Capt Amarinder had to address empty chairs. — Charanjit Singh Channi, Chief Minister

Addressing a rally at Rajpura, Channi said there were other reasons behind the whole controversy surrounding the return of the PM, but the security threat or breach.

“Despite the bad weather, thousands have turned up today. But in the Ferozepur rally, barely 700 people were there, even though 70,000 chairs were laid out. Capt Amarinder had to address the empty chairs,” he said.

Meanwhile, CM Channi announced Rs 10 crore for Rajpura, besides sub-division status to Banur shortly. He counted reduction in the fuel prices, power tariff and water charges, waiver of power bills of gaushalas and hike in the honorarium of the anganwari, ASHA and Midday meal workers as the main achievements of his government. — TNS