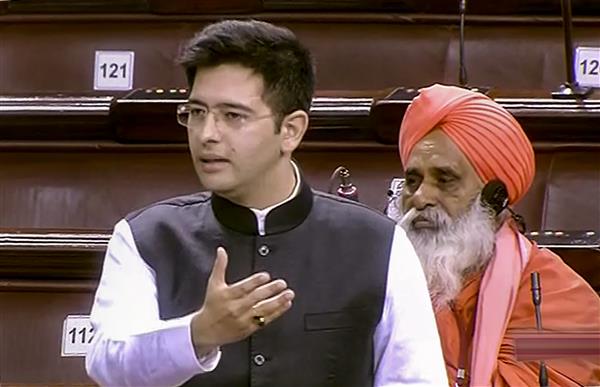 Punjab Chief Minister Bhagwant Mann has taken exception to the Centre’s move to implement 12 per cent Goods and Services Tax (GST) on inns, saying it targets the devotion of pilgrims staying at ‘serais’ near the Golden Temple.

The GST Council, in its fresh notification, had directed that 12 per cent GST on inns, hotels and guest rooms be levied while giving reference to its notification of June 28, 2017 while omitting the condition earlier applicable on hospitality units charging above Rs 1,000 per day.

The SGPC’s three inns located outside the Golden Temple premises have been put under GST charge.

“I strongly condemn the Centre’s decision of levying 12 per cent GST on ‘serais’ located near the Golden Temple. This tax has been imposed on the devotion of pilgrims,” the CM tweeted.

Punjab Vidhan Sabha Speaker Kultar Singh Sandhwan too condemned the decision of imposing GST and demanded immediate rollback of the decision. In a statement, Sandhwan said the Centre’s action reminds one of the Mughal collection of ‘jaziya’. He demanded that the Centre should withdraw its decision immediately. He said that the purpose of these inns is not to earn any profit but only to provide comfortable accommodation to pilgrims.

Chandigarh: In his maiden speech in Parliament on Tuesday, AAP’s Rajya Sabha MP Raghav Chadha slammed the Union Government for ever-escalating GST and inflation, which has put a colossal burden on the common man across the country. Condemning the government for levying GST on the ‘serais’ of the Golden Temple, Chadha termed it ‘jaziya’ imposed on Sikhs and Punjabis.

“Imposition of the GST on the ‘serais’ clearly shows the anti-Sikh and anti-Punjabi attitude of the BJP government. The Union Government should reverse this decision at once,” Chadha said.

Taking a dig at the Centre for rising inflation, Chadha while giving reference of a Bollywood song “Mehngai dayain khaye jat hai” (Inflation is consuming us all), Chadha said it had now become a reality under the BJP regime. The inflation is consuming the poor-people amid incessantly increasing prices of household goods across the country.

“Farmers, as the producer and consumer, are facing the double blow of inflation and the Union Government has done nothing to ameliorate their fiscal condition. Even the government has not increased the promised MSP on various crops. Farmers are reeling under huge debt but the government is only concerned for their corporate friends,” MP Chadha said. TNS