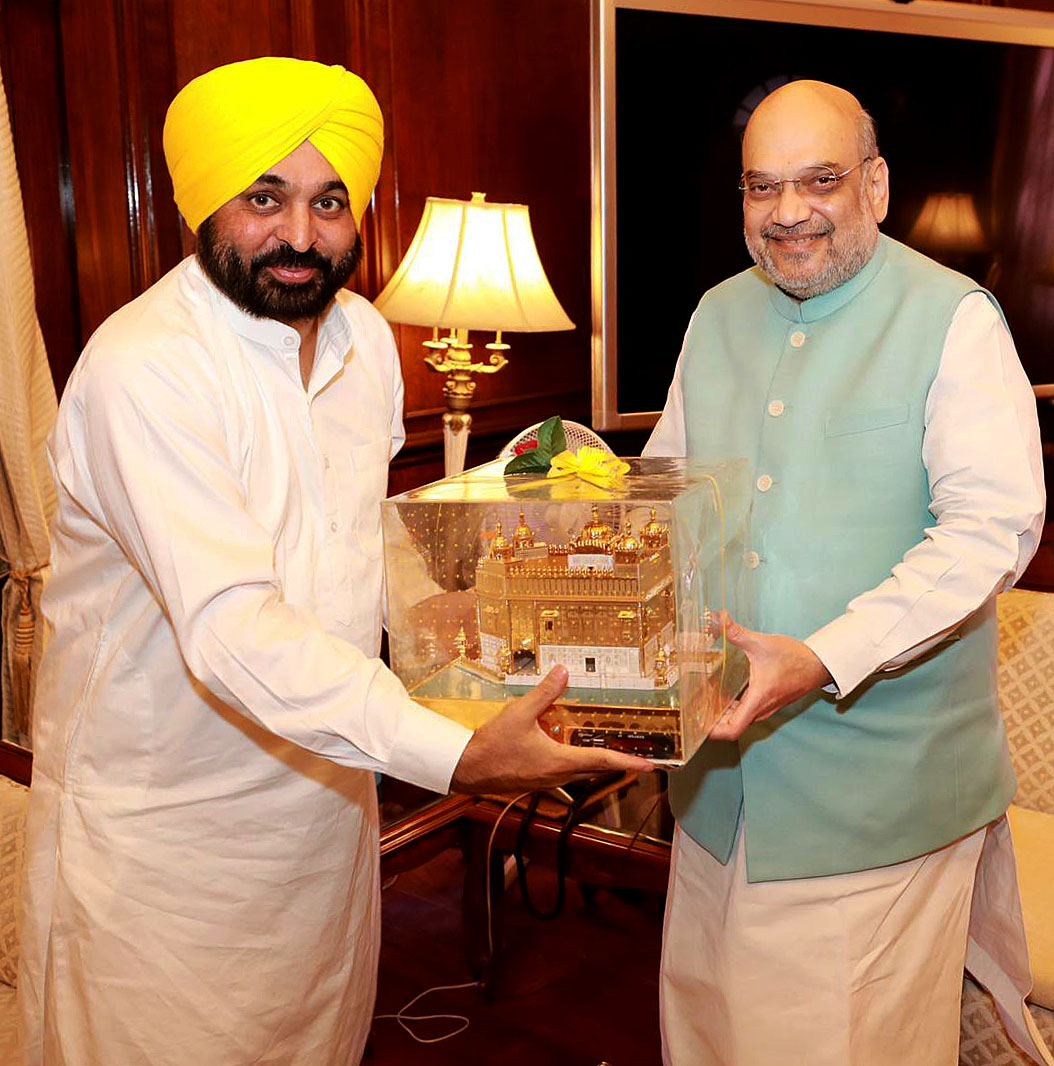 Chief Minister Bhagwant Mann on Thursday requested Union Home Minister Amit Shah that a notification be issued for the purchase of basmati on MSP and also sought an anti-drone system for the border areas to foil smugglers using unmanned aerial vehicles to smuggle drugs and weapons. The Chief Minister further sought 10 additional companies of para-military forces in Punjab.

The two leaders also discussed the growing activities of hardliners in the state. Law and order and the arrests in Patiala and Karnal were discussed. “In matters of national security, we will be above party politics and coordinating,” Mann told reporters outside North Block. Mann said security at the borders had to be intensified to defend the country’s security and sovereignty. The Chief Minister assured Shah of upholding the ethos of communal harmony, peace and brotherhood in the state.

The Chief Minister also sought a compensation of Rs 500 per quintal for low yield of wheat grain in the state.

The Chief Minister asked Shah to repeal the order pertaining to abolishing the membership of Punjab from the Bhakra Beas Management Board. He said it was a discriminatory step that had “bruised the psyche of Punjabis”. Mann said the Centre must roll back the retrogressive step which diluted the federal structure.