To be fully operational by next year, will produce 30,000 tractors yearly 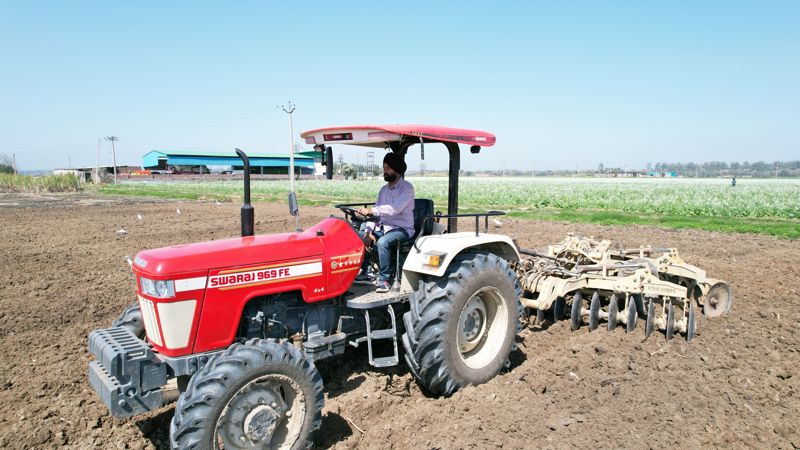 Riding on robust demand, Swaraj Tractors, part of the Mahindra group, will set up a Greenfield tractor manufacturing facility at Humayunpur in Mohali district with an investment of Rs 400 crore.

Riding on robust demand, Swaraj Tractors, part of the Mahindra group, will set up a Greenfield tractor manufacturing facility at Humayunpur in Mohali district with an investment of Rs 400 crore. The expansion is the first in a decade by the world’s largest tractor maker in Punjab.

Spanning over 40 acres, the tractor maker plans to produce 30,000 tractors per annum at the unit initially, which may be expanded further. The new unit is likely to be fully operational by 2023.

Mohali has been home to Swaraj for over four decades with two existing manufacturing plants, a foundry and an R&D facility. In 2007, the Mahindra group acquired Swaraj Division, formerly known as Punjab Tractors Ltd.

“We were scouting for land for the new Greenfield tractor manufacturing plant under the Swaraj brand to cope with the rising demand for tractors. We have already acquired 40 acres at Humayunpur in Dera Bassi tehsil for the purpose and future expansion. Initially, we will start with 30,000 tractors per annum, which can be ramped up further. The new unit will be operational by early 2023,” said Harish Chavan, CEO, Swaraj Division, M&M Ltd.

In the upcoming facility, the company plans to produce a wide range of tractors and farm implements starting from land preparation to post-harvest operations.

“The upcoming state-of-the-art facility will cater to the ever-increasing demand for Swaraj products. The new plant will be designed to set new benchmarks in terms of style, comfort and convenience of the product offerings for our customers. It will also benefit local communities in and around its vicinity as it will create employment and growth opportunities,” he added.

With a presence in over 50 countries, across six continents, Mahindra and Swaraj have over 14 tractor manufacturing and assembly units worldwide.

Punjab is home to major tractor manufacturers such as Swaraj Tractors (M&M), Sonalika and Preet, having an installed capacity of over four lakh tractors per annum.