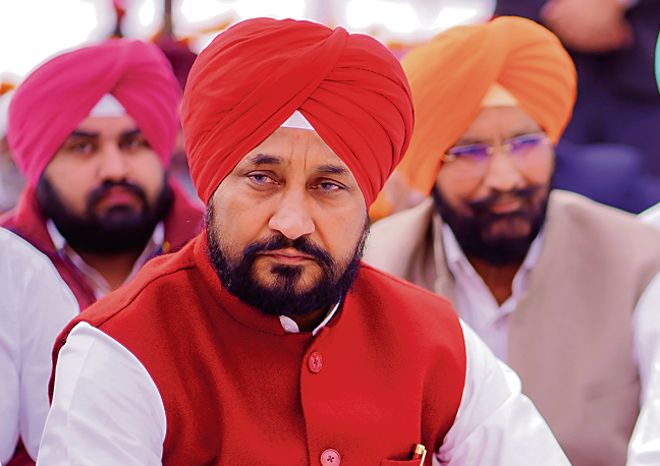 Channi is also defending his current seat Chamkaur Sahib, which he has represented thrice in the state Assembly. Bhadaur is an Assembly segment in Sangrur parliamentary constituency, which AAP’s CM candidate Bhagwant Mann represents.

Bhadaur falls in Malwa, where the Congress is seeking to make an impact with Channi’s nomination. AAP had held sway in Malwa region in 2017 poll.

In Patiala, the party has chosen Vishnu Sharma to take on Captain Amarinder.

AICC sources said a decision was taken not to bend the “one family, one ticket” rule for Patiala, where former minister Lal Singh and sitting minister Brahm Mohindra were among the probables apart from Sharma, as reported by The Tribune two days ago.

In Saini’s place, the Congress has fielded Satbir Singh Saini, who had earlier joined Amarinder Singh’s Punjab Lok Congress. He has been rewarded for returning to the Congress.

Ludhiana South nomination has gone to Ishwarjot Singh Cheema. The segment is currently held by Balwinder Singh Bains of the Lok Insaaf Party who has represented this seat twice.

The Congress has played safe, dropping only 10 MLAs in all — four in the first list of 86 candidates, three in the second list of 23 and three in the third list of eight candidates.

The Congress on Sunday began consultations with party leaders and workers on the issue of CM face in Punjab amid indications of CM Charanjit Singh Channi leading the race. The party has also sought feedback of workers on its internal app called “Shakti”.