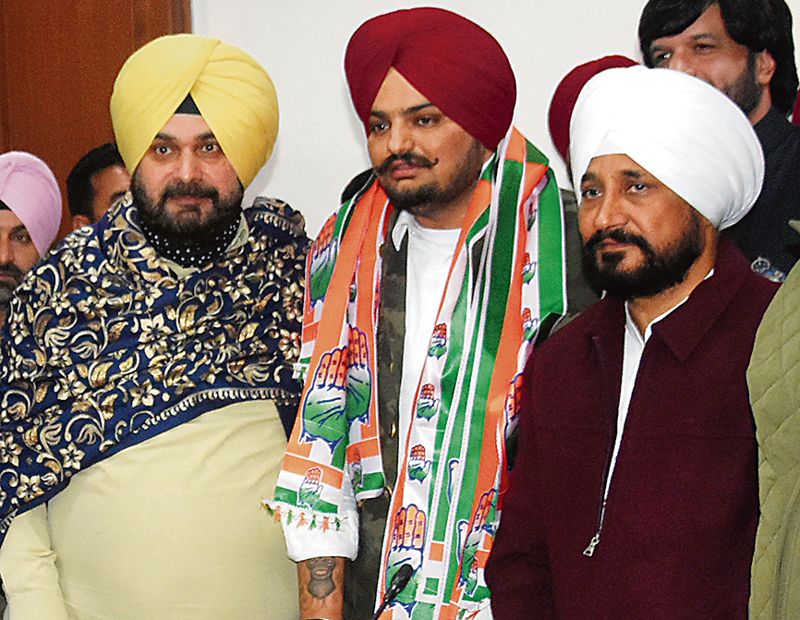 To cash in on his popularity among the youth, the party plans to field him from Mansa, said sources.

As the Opposition parties targeted the Congress over its questionable choice, Sidhu defended the decision: “The matter is sub judice, he (Moosewala) hasn’t been proven guilty. Every second person is facing a case in Punjab. Let the people’s court give a verdict on him in the coming elections.”

Moosewala was booked last year on the charge of promoting violence and gun culture through his song “Sanju”. He was also booked under the Arms Act after his photographs of firing an AK-47 at firing ranges in Barnala and Sangrur during the lockdown went viral on social media.

The singer hails from Moosa village in Mansa district. His father is an ex-serviceman and mother a sarpanch. Moosewala said the Congress was the only political party which offered an effective platform to ordinary people to serve society.