Surprisingly, the party has not made the announcement for Patiala urban seat 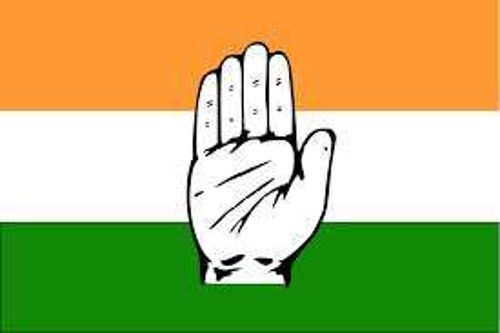 Earlier the party had fielded Rajinder Bhattal from Lehra in Sangrur. In the nomination of her son in law today, an exception has been made to the party's one family one ticket rule.

AAP MLA from Raikot Jagtar Singh Hissowal who recently shifted to the Congress has been fielded from Jagraon SC seat.

Three sitting MLAs have been dropped -- Amrik Dhillon in Samrala where the Congress has fielded Raja Gill; Nirmal Singh in Shutrana where Darbara Singh is the new candidate and Satkar Kaur from Ferozepur Rural where Bangar has been named.

An interesting entry to the Congress list is of Smit Singh, a close aide of Punjab Congress President Navjot Singh Sidhu.

Smit Singh has been made a candidate from Amargarh where the Congress sitting MLA is Surjit Dhiman. Surjit Dhiman's son Jaswinder Dhiman has, however, been fielded from Sunam.

In Guru Har Sahai, the Congress has fielded Vijay Kalra, a prominent arthiya leader and president of Punjab Federation of Arthiya Association.

Vijay Sharma Tinku, fielded from Kharar, is a liquor contractor.

The Congress continued to play safe ahead of February 20 elections, dropping only three MLAs today. It had earlier dropped four.

Among pending seats are Patiala, from where ex Punjab CM Amarinder Singh will be contesting and Jalalabad, the traditional seat of SAD chief Sukhbir Badal, currently an MP from Ferozepur. 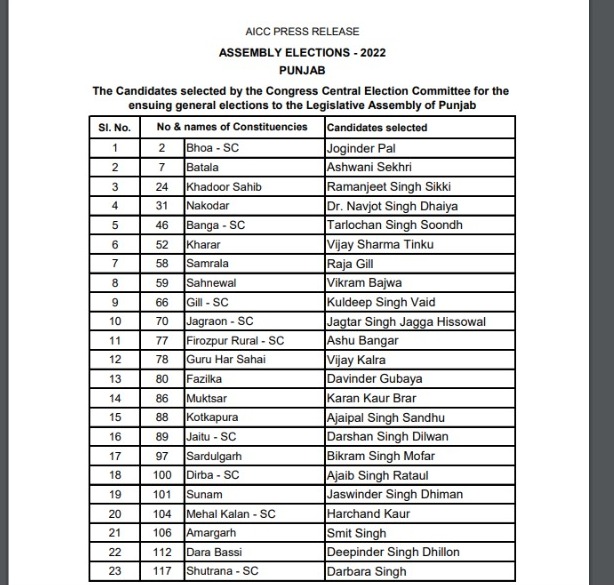