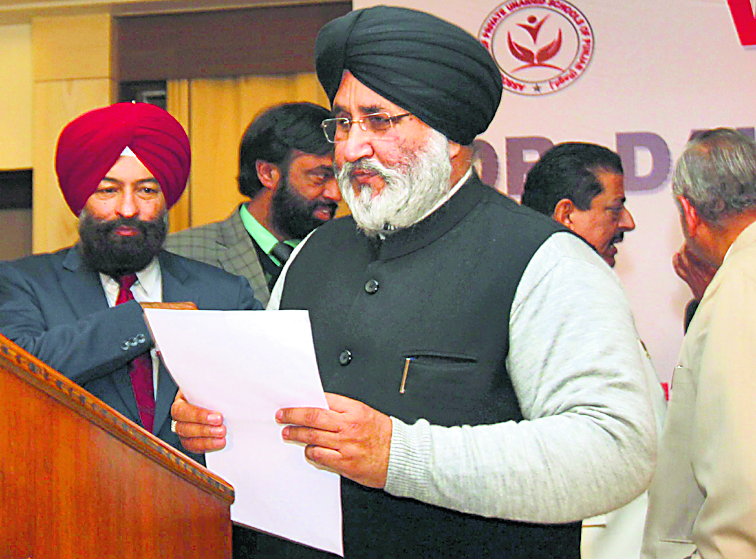 No one can hold a mohalla-level meeting and make a wild claim about replacing a 100-year-old party.

SAD senior vice-president Dr Daljit Singh Cheema alleged that Dhindsa was working as per the directions of the Congress as part of a larger conspiracy against the SAD.

He said: “No one can hold a mohalla-level meeting and make a wild claim about replacing a 100-year-old party. Dhindsa has the right to form a new party, but our objection is to the fraud committed by him by claiming the SAD as his party. Dhindsa had been a part of the SAD for long. He knows that there is a constitution and a party structure that elects the office-bearers as well as the president.”

Cheema alleged that Dhindsa had also wronged SAD (Taksali) president Ranjit Singh Brahmpura. He said Dhindsa did not wait for the veteran leader to come out of the hospital and even refused his overture to become the president of the SAD (Taksali), if he wanted to head a party to take on the SAD.

Cheema said apparently, it was the Congress that advised him not to have any truck with the Taksalis on the assumption that doing so would drive away the Hindu community from the outfit.

“We respect the Taksali leaders. They have made a huge contribution to the SAD. Dhindsa should not have run away from using the name Taksali at the instance of the Congress,” he said.

Cheema alleged that AAP leaders and Dhindsa were working at the behest of the Congress to form a grand alliance against the SAD, but the people would see through this conspiracy and reject both of them.