Congress puts up a fight in Doaba : The Tribune India

Congress puts up a fight in Doaba 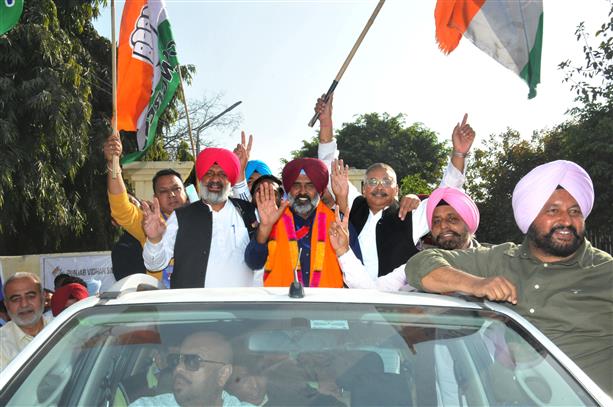 If the Aam Aadmi Party (AAP) sprung a surprise by winning 10 out of 23 seats from Doaba, the Congress retained some of its ground by bagging nine seats from the region. This means that of the total 18 seats in the Congress’ kitty from across the state, half of them are from Doaba. Other parties such as the BJP, BSP and SAD won just one seat each. 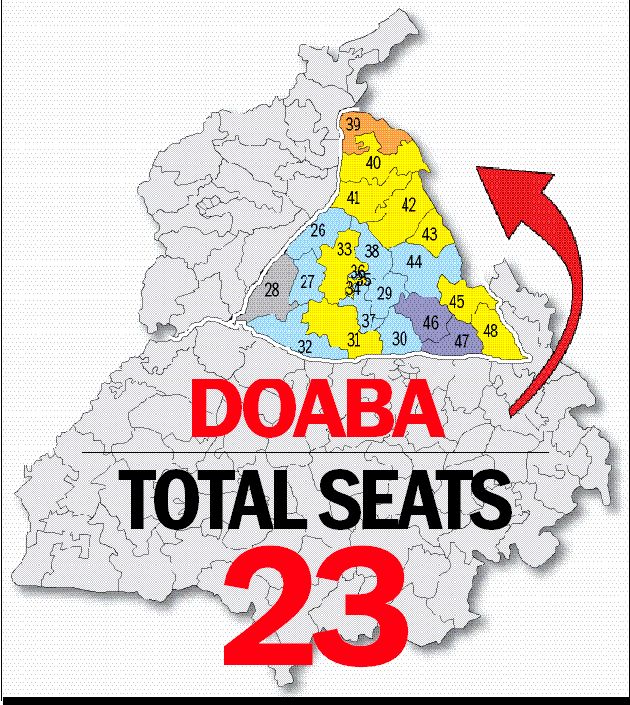 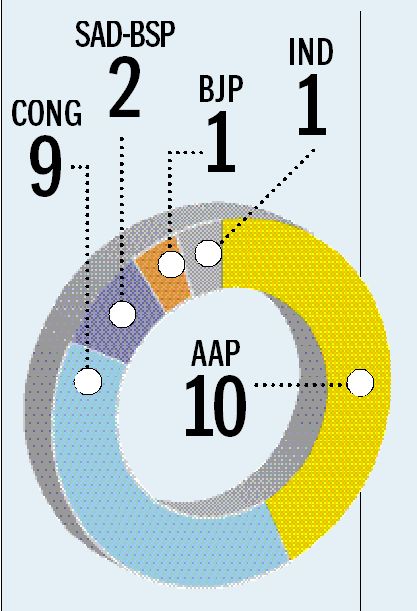 The Congress had, in 2017, won 15 seats from Doaba. The party’s tally of reserved segments was the same.

This time, too, the dominating Dalit votebank did not get consolidated in favour of any particular party.

The Congress tried to woo the SCs by appointing Charanjit Singh Channi as the first Dalit Chief Minister, but it did not go in his own favour, as he lost from both seats (Chamkaur Sahib and Bhadaur). His candidature, however, did help some Congress candidates in Doaba. Maybe his stay at Dera Sachkhand Ballan on the eve of Republic Day did the trick.

Even as most stalwarts of the party lost, ministers Rana Gurjeet Singh and Pargat Singh won from Kapurthala and Jalandhar Cantt, respectively.

Pargat won by 5,808 votes, while Rana emerged victorious by a margin of 7,254 votes. Pargat broke the jinx of Education Ministers not retaining their seats.

The Akali Dal’s move to enter into an alliance with the BSP and win over the SC community did not help the party much. Its tally came down from five seats in 2017 to just one this time, with Dr Sukhwinder Sukhi winning for the second time from Banga.

All its bigwigs, including Pawan Tinu and Gurpartap Wadala, failed to make a hat-trick. Its ally won a lone seat from Nawanshahr, a general constituency. State BSP president Jasvir Garhi lost from Phagwara by nearly 6,000 votes.

It was projected that AAP would not win more than five seats as there had been allegations of tickets being sold. This projection fell flat as the results have shown.

However, some of its newcomers helped raise AAP’s numbers. Among those who won were nominees from different walks of life — Inderjit Kaur Mann (Nakodar) is a farm worker, Raman Arora (Jalandhar Central) is a cloth trader, Balkar Singh (Kartarpur) is a retired PPS officer and Dr Ravjot Singh (Sham Churasi) is a medico.

From the BJP, all bigwigs, including former ministers Vijay Sampla, Manoranjan Kalia and Tikshan Sood, and former Chief Parliamentary Secretary (CPS) KD Bhandari, lost. The party’s only winner was Jangi Lal Mahajan from Mukerian, who won by 2,730 votes. 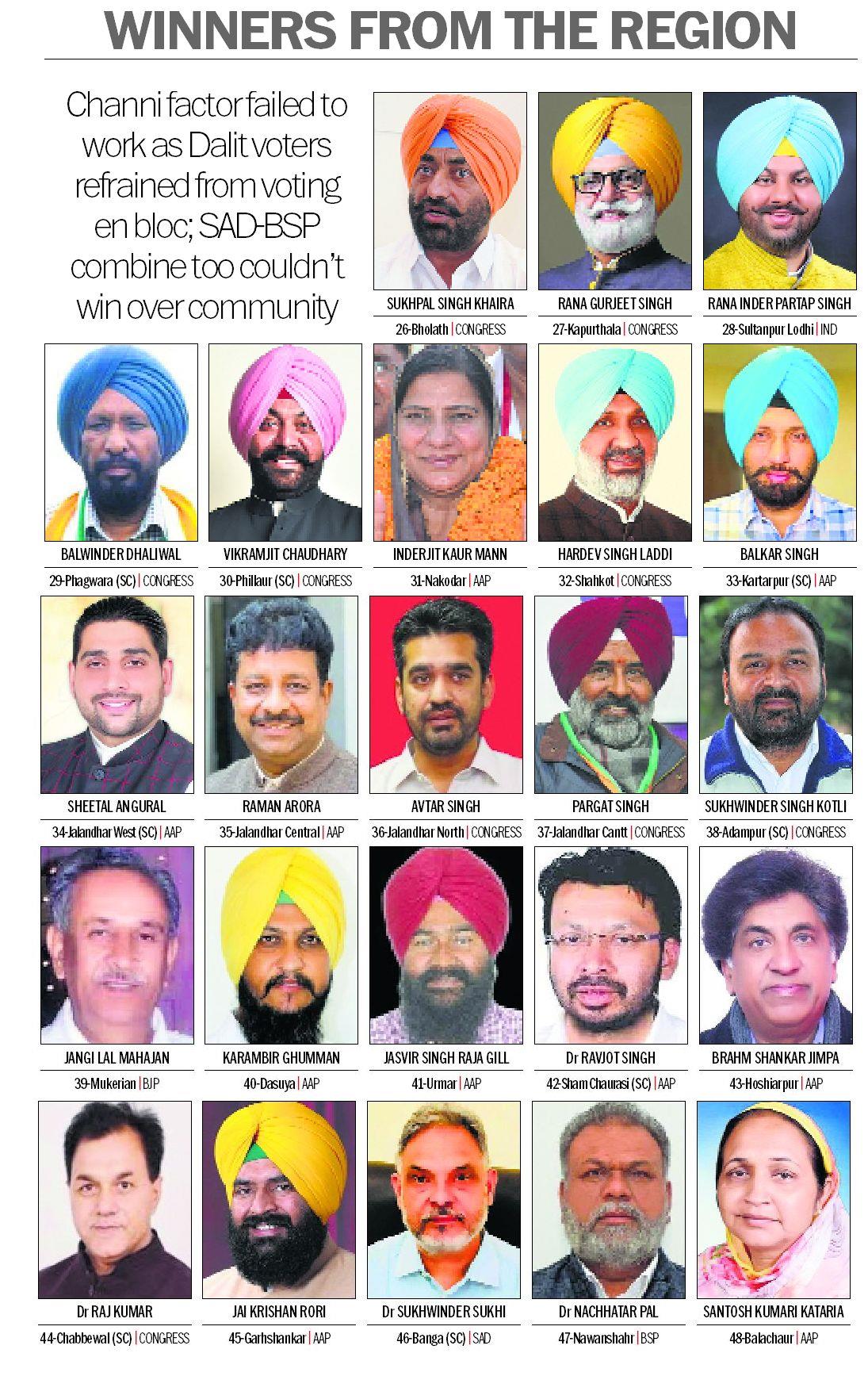 Malout: AAP supporters on Thursday alleged a Congress activist, Pappi Mann, of their village opened fire on them when they were celebrating the victory of their party candidate Dr Baljit Kaur at Jhorar village. The police said the accused had already deposited his weapons, but they were verifying the allegations. TNS

Abohar: Buoyed by Aam Aadmi Party’s victory, party chief Arvind Kejriwal’s relatives here expect a better administrative system in the state. Kejriwal had last visited his relatives here in December 2015 and had a brief halt outside their house during the roadshow on February 18. OC