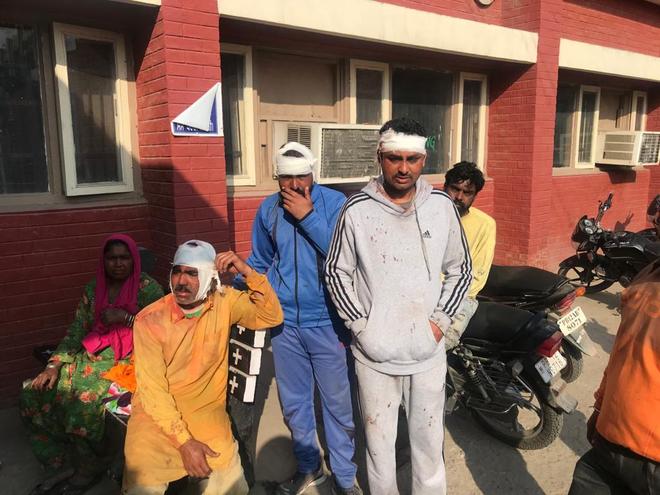 Injured workers of the Congress and SAD at Ropar. Tribune photo

Nine persons were injured when Congress and SAD workers accused each other of distributing cash and clashed in ward No. 1 here today.

Around 2.30 pm, workers of both parties attacked each other with sharp-edged weapons. Following the clash, a stone pelting incident was also witnessed in the area. A heavy police force, led by DSP Talwinder Singh and local SHO Rajeev Kumar, reached the spot to bring the situation under control.

Injured Pravin Kumar accused SAD supporters of trying to influence voters by distributing cash among them. He alleged when he and other Congress supporters raised the objection, they were attacked with swords. SAD supporters also levelled similar allegations against Congress leaders.

Ropar SP (Headquarters) Ankur Gupta said the police has started investigation and all accused would be nabbed soon.