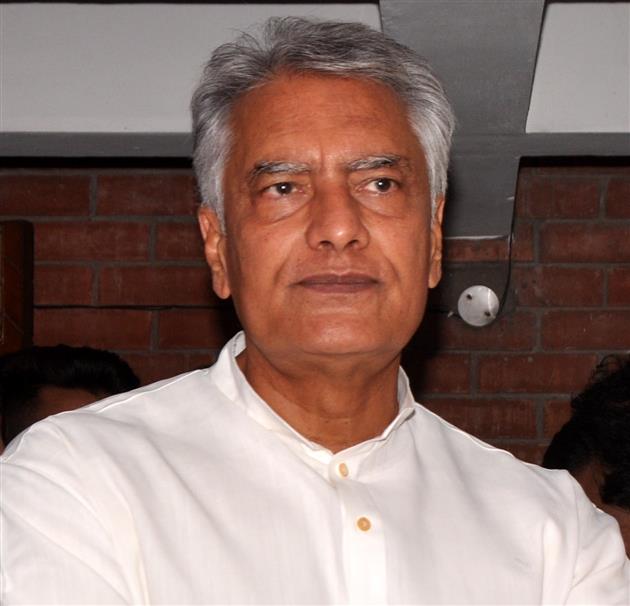 Former president of the Punjab Congress, Sunil Jakhar, who joined the Bharatiya Janata Party (BJP) on Thursday, said that an attempt was being made to suppress his nationalist voice in the grand old party.

Talking to the media after joining the BJP, Jakhar said that it was not easy to break 50 years of relationship with the Congress, from 1972 to 2022, my three generations worked considering the Congress as their family. “Stood with the party in every good and bad time. But an attempt was made to suppress my nationalist voice in the Congress. I was given a notice for speaking in the interest of Punjab and the country,” he said.

Jakhar said that fingers were pointed at him because he talked about not dividing Punjab through caste and religion.

Taking a jibe at the Congress high command, Jakhar said that he did not leave the Congress because of any individual or any personal dispute, but an attempt was made to suppress his voice. He said that his voice cannot be stopped, neither can it be mortgaged.

Referring to his meeting with Prime Minister Narendra Modi in the past, Jakhar said that although it is not constitutionally possible, he has given special status to Punjab in practical terms. Thanking the BJP high command for the open-hearted welcome, he said that he never used politics for his personal gain. “I have always worked not to break but to unite and even after joining the BJP, I will always work for the betterment and unity of Punjab,” he added.

Welcoming Sunil Jakhar into the BJP, the party’s national president J P Nadda said that due to Punjab being a border state and the attitude of Pakistan, it is necessary to strengthen the nationalist forces in Punjab. Describing Jakhar as a nationalist leader with an honest image, Nadda said that he will take Punjab to a new level with us. “Taking advantage of his experience, BJP will work to strengthen the party and Punjab,” he added.

Jakhar, who was angry with Rahul Gandhi, had resigned from the Congress on Saturday.