Punjab Congress: Will go to people with our 5-year report card

Sidhu, Channi, Jakhar to be faces of the campaign 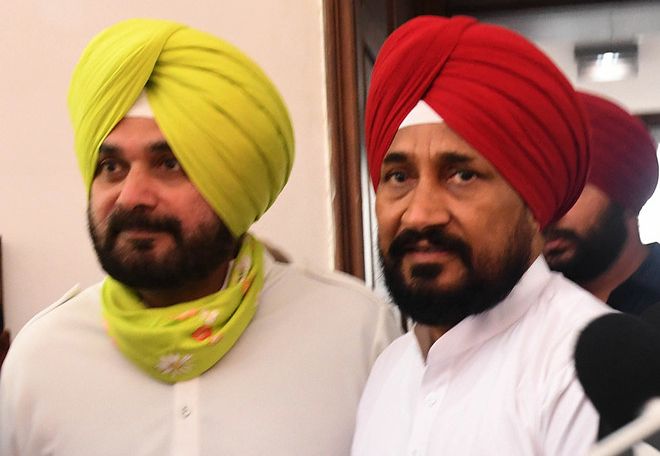 In the upcoming Assembly elections, the Punjab Congress will go to the people with its five-year report card, including the decisions taken by the Charanjit Singh Channi-led government.

Meeting on Sunday, the campaign committee decided that Pradesh Congress Committee (PCC) chief Navjot Singh Sidhu, CM Channi and panel chairman Sunil Jakhar would be the faces of the campaign. Apprehending that the code of conduct could be announced after Prime Ministrer Narendra Modi’s rally at Ferozepur on January 5, the meeting had been called to decide the course of the campaign to be launched in the coming days.

The meeting was held amid the simmering differences between the Chief Minister and the PCC president over announcing the CM face for the 2022 Assembly elections.

In the previous meeting, the PCC chief pointed out scores of hoardings and posters of the Chief Minister put up on roadsides. Sources said various aspects of the campaign at the state and block-level, countering the Opposition were among the issues discussed. However, there seemed to be a truce for the time being between Channi and Sidhu, as the two participated in the meet in a cordial manner.

Deputy CM Sukhjinder Randhawa has questioned PCC chief Navjot Sidhu over seeking announcement of the CM face. “It has been decided that the election will be fought under collective leadership. Be it the PCC chief, the CM... there are so many leaders. It is a collective effort,” said Randhawa.