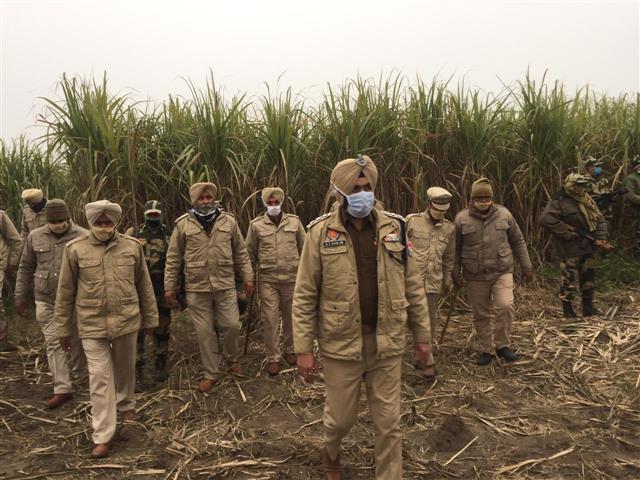 In the run up to the polls, the UK-1 brand of whisky, the storage and consumption of which is illegal in Punjab, is giving cops of Batala and Gurdaspur districts the goosebumps as candidates have developed a special affinity for this product, keeping in view the low cost at which it is available in Chandigarh and Haryana.

Fortuner and Innova cars, which in any case are spacious enough to carry scores of cartons in one go, are being used to ferry in UK-1 from outside Punjab. Cartons are being stocked at sugarcane fields and tubewells of loyalists.

This brand can be sold only in Chandigarh. “Anybody found to be carrying it in Punjab is liable to be prosecuted,” said Gurdaspur SSP Nanak Singh.

Insiders claim that UK-1 is flowing freely in election-bound Punjab. “However hard we may try, it is an insurmountable task to check its availability because of the elaborate network put in place by carriers,” said a senior officer. The Batala police yesterday seized 80 cartons of UK-1 from a Fortuner car at Shikhala village in Sri Hargobindpur. The cops were acting on a specific tip-off. Senior SAD leader Bikram Majithia claimed that the consignment was to be delivered to a prominent candidate.

Batala SSP Gaurav Toora said, “All forward and backward linkages with the named politician are being probed.” Officers claim in the election time they normally receive inside information about liquor being illegally stored from rival candidates. “We have tangible information that the UK-1 brand of liquor will be distributed by the candidates during the polls as it is available at a cheap rate in Chandigarh. We are using our network of informers to zero-in on the storage places,” said an officer. The police are also keeping an eye on liquor being produced illegally by bootleggers. The villages located on the banks of river Beas are being keenly watched. The Batala hooch tragedy of August, 2020, in which more than a hundred people lost their lives, is still playing on the minds of the law enforcement officers.