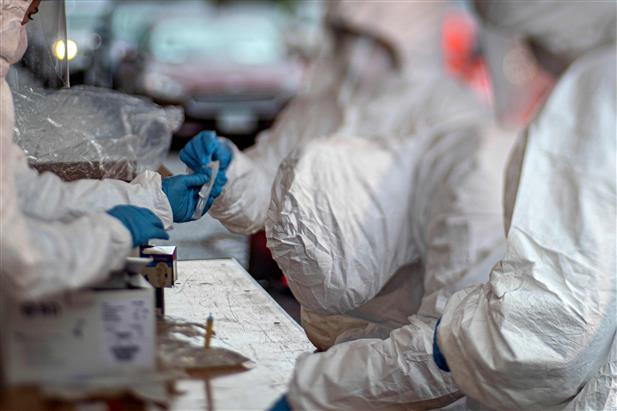 This is the first case of COVID-19 in the Moga district so far.

A 22-year-old man from Andheri (West) in Mumbai, who was staying at a mosque in Moga district, tested positive for coronavirus on Tuesday.

He was staying at Cheeda village in Baghapurana sub-division of Moga along with 12 other people.

This is the first case of COVID-19 in the Moga district so far.

The district administration has sealed the entire village and asked all residents to remain indoors. The nearby Sukhanand village has also been sealed as a preventive measure.

All men have been brought to the district hospital in Moga and kept in the isolation ward.

While 8 men have tested negative for COVID-19, the reports of 4 others are awaited by the local health authorities.

Chief Medical officer of Moga, Dr Andesh Kang, told the media persons that adequate preventive measures were being taken by the district administration at Cheeda and its adjoining villages to prevent the spread of the contagion.

Twelve men are from Maharashtra, while one is a local resident of Cheeda village—a preacher at the mosque.

The men had reached Moga on March 22 and first stayed at Sukhanand village before shifting to the mosque in Cheeda village on March 25.

The group had reached Delhi on March 13 from Bandra in Mumbai and stayed at Kali Masjid in New Delhi for one week. Then, they came to Bathinda and visited a local mosque at Kotkapura in Faridkot district before coming to Moga district.