Sandeep Singh, 31, is presented before the court amid tight security 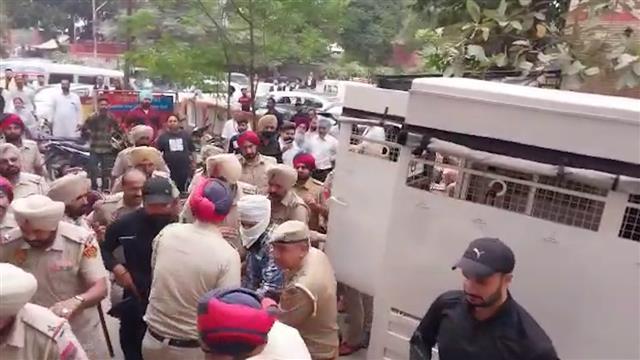 A video grab of the accused being produced in the court.

Forensic teams from Chandigarh have also reached the spot.

They also asked the government to ensure security to the family.

Suri’s son Manik claimed that the family was getting death threats from overseas phone numbers. He alleged that the callers were threatening to eliminate the family.