Crop yet to arrive in Majha grain markets 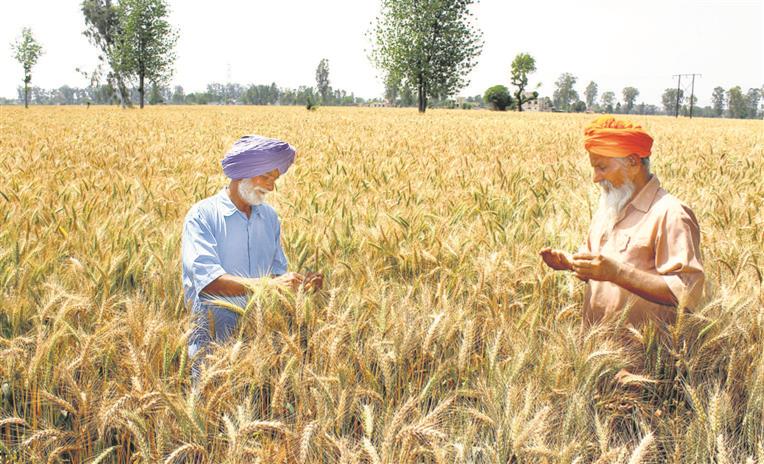 Even as the state government claimed to have made all arrangements for the procurement of wheat crop, local grain markets haven’t witnessed much arrival of produce yet. Only 20 metric tonnes (MT) of wheat grain arrived at the Gehri mandi, which was procured by the government in the presence of Power Minister Harbhajan Singh, who reviewed the arrangement of the market committee and assured the timely payment of crops to the farmers during his visit.

As compared to other southern regions of Punjab, wheat matures late in the region. The hot weather may lead to early harvest, but it would start only after Baisakhi. — Gurpreet Singh, Amritsar farmer

A visit to Bhagtanwala Grain Market, the largest in the district, revealed that only one farmer visited with his crop. A private buyer procured the grain from him and paid Rs 10 above the MSP.

Amandeep Singh, District Mandi Officer said, “Though the government starts the season on April 1 every year, in the Majha region, the crop arrives after April 15. This year the month of March was comparatively hot and it leads to the early arrival of crop in the market. Following the soil diversity and weather conditions, the farmers in some of the blocks in the district start the harvest after April 20. We are expecting early arrival this year. The crop is getting mature early with the rise in temperature. We request the farmers to harvest the dry wheat only”.

The district mandi officials claimed they have made all the arrangements for the procurement and no farmer would face any inconvenience during their visit to Mandis.

Gurpreet Singh, a farmer from Khankot village of Amritsar, said, “As compared to other southern regions of Punjab, wheat matures late in the region. The combine harvester from Malwa would come and harvest all fields within three weeks. The hot weather may lead to early harvest but it would start only after Baisakhi.”