Crores spent on subsidy, but stubble-burning up: CAG 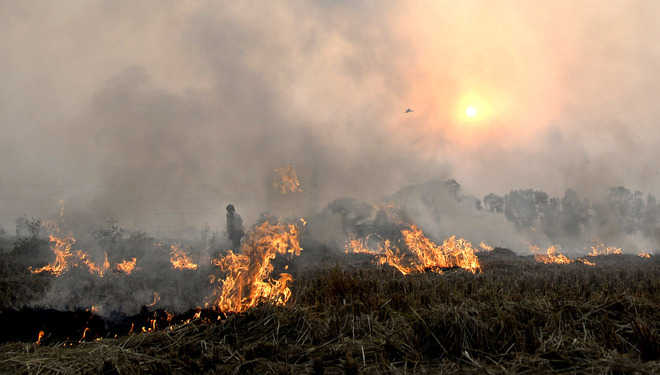 The Rs 1,178-crore scam in farm machinery, which is already being investigated by the Enforcement Directorate, has now been flagged by the Comptroller and Auditor General in its report.

Rs 1.28 crore disbursed to 210 farmers repeatedly in contravention of guidelines

The CAG found that despite spending crores on the In-Situ Crop Residue Management Scheme, the stubble-burning cases have increased. The report found that cases increased from 43,660 in 2017-18 to 49,905 in 2018-19, owing to the lack of systemic spread of awareness among stakeholders.

The report said the Centre had launched a scheme to tackle air pollution, to mitigate the incidents of stubble-burning and to provide subsidised machinery. The scheme was also meant to prevent the loss of nutrients by promoting in-situ management of crop residue.

“This reflects that the department failed to monitor and review the progress and performance of the scheme,” the CAG said.

The report said the guidelines provided that farmers, who did not have machinery and had not availed of subsidy in the preceding two years under any scheme for equipment, would be identified for in-situ crop residue management.

During the audit, it was observed that a subsidy of Rs 24 lakh was irregularly disbursed to 36 farmers in six selected districts for machinery and equipment during 2018-19. These farmers had already availed of the subsidy during 2016-18 under another scheme. An amount of Rs 1.28 crore was disbursed to 210 farmers repeatedly under this scheme during 2018-19, in contravention of the guidelines.

The CAG also said as per the guidelines, the project cost of custom hiring centres (CHCs) could not be less than Rs 10 lakh. However, this limit does not apply to the co-operative societies of farmers and registered farmers’ societies which already possess other implements, provided that the project cost includes more than two equipment for residue management.

In his reply, the Director, Agriculture, said to cover maximum beneficiaries, subsidy for one or two implements was provided. However, his response was not in line with the guidelines.