Curtains on Baisakhi mela at Talwandi Sabo : The Tribune India 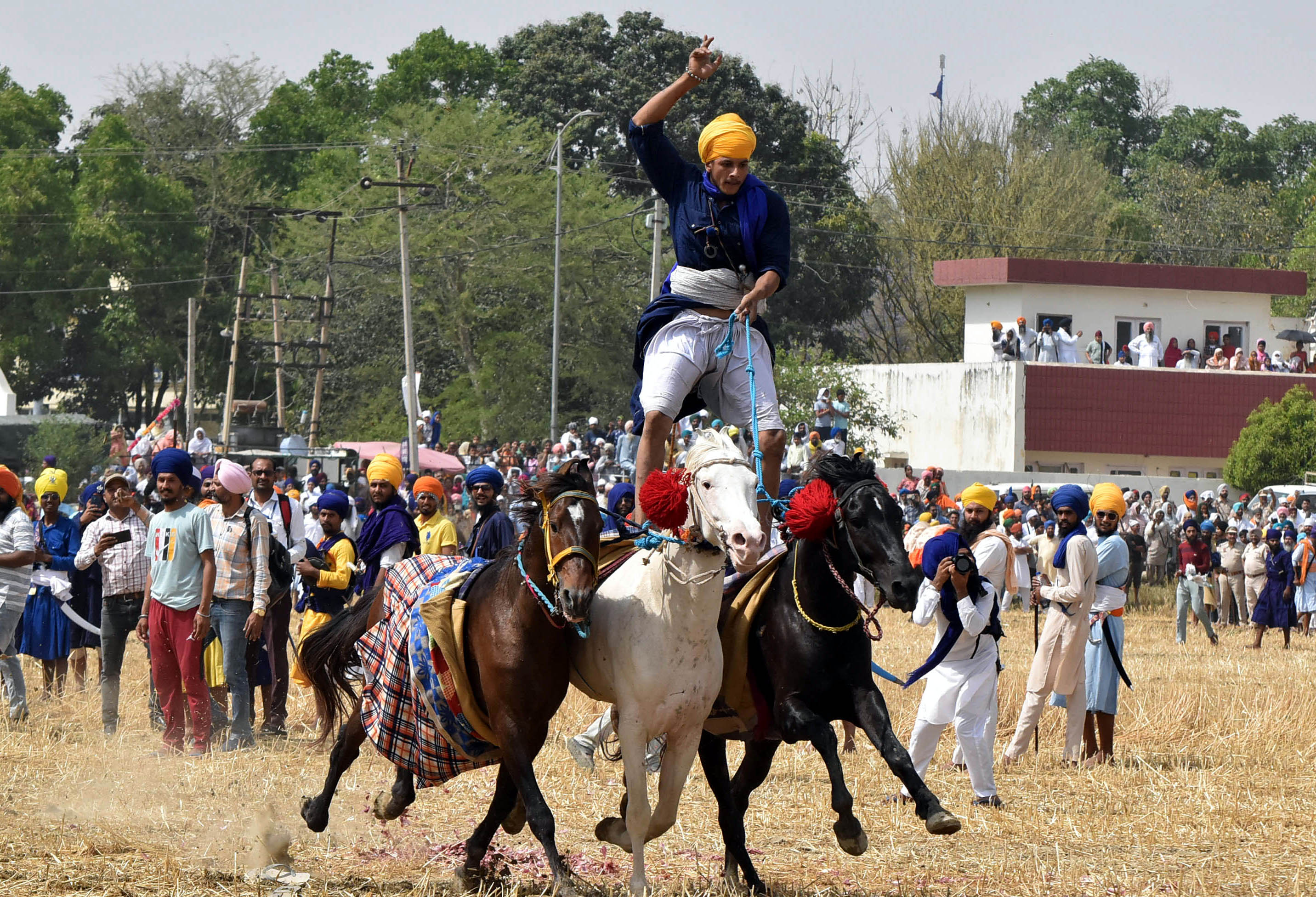 A Nihang displays his horse-riding skills on the last day of mela in Talwandi Sabo on Friday. Pawan Sharma

The three-day Baisakhi mela, which attracted a large number of devotees from across the country and abroad, concluded at Talwandi Sabo on Friday.

A magnificent display of martial arts by the Nihangs during a religious procession marked the last day of the mela here.

At the headquarters of Budha Dal, a religious diwan was organised in the morning and a procession was taken out from Ber Sahib to Takht Damdama Sahib in the evening.

The Khalsa army of the Nihangs who assembled here in thousands played “gatka” and demonstrated their martial arts skills.