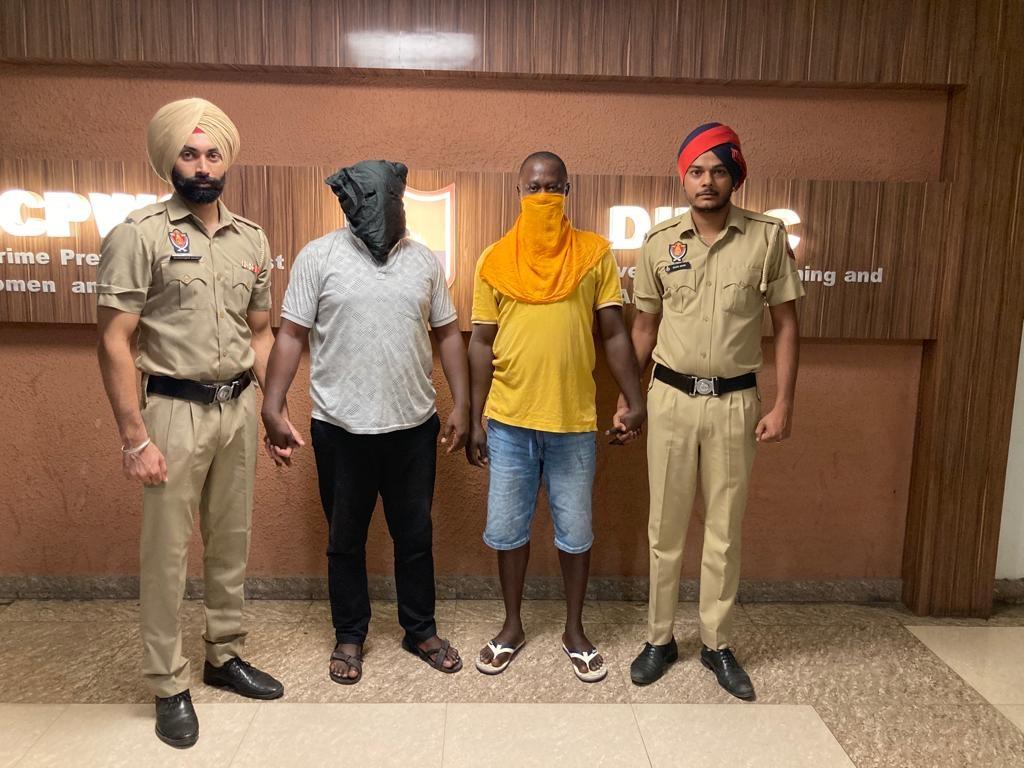 The accused in the custody of the Punjab Police. Tribune Photo

With the arrest of two Nigerian nationals from New Delhi, the cybercrime cell of the Punjab Police has busted an international racket involved in duping government officials and common people by using profile pictures and names of VVIPs on their WhatsApp profiles, said officiating DGP Gaurav Yadav here on Thursday.

The modus operandi involved sending personal WhatsApp messages to innocent people, mostly government officials, asking for financial favours in the form of Amazon gift cards or payment through digital platforms such as Paytm.

Those arrested have been identified as Anioke Hyginus Okwudili, alias Poka, and Franklyn, alias William, both natives of Lagos, Nigeria.

RK Jaiswal, Inspector General (IG), Cybercrime, said the Punjab Police, in a joint operation with their Delhi counterparts, nabbed Anioke while he was withdrawing money from an ATM situated near Vikas Puri, New Delhi.

Anioke reportedly told the police that WhatsApp accounts were hacked from Nigeria and he withdrew money from ATM cards of bank accounts opened using fake documents in different parts of the country. Subsequently, he handed over the money to the racket kingpin, Franklin, who further electronically transfer the money to Nigeria, he said.