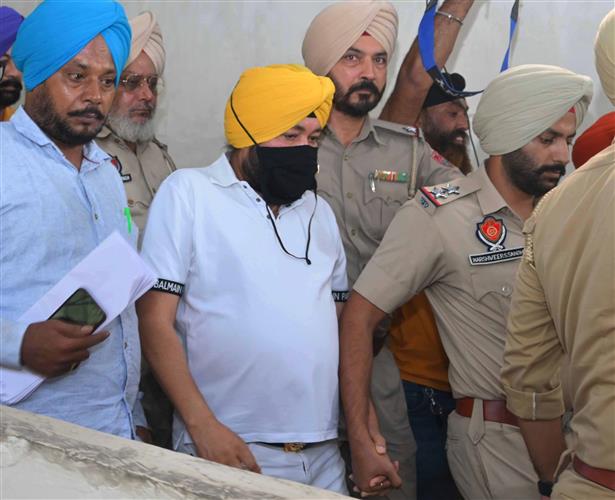 A court today dismissed the appeal of singer Daler Mehndi against two-year jail sentence in a 2003 human trafficking case. Mehndi, who was present in the court, was arrested and sent to jail.

Mehndi and his brother Shamsher Singh were accused of illegally sending people abroad by charging “passage money” in 2003. In 2018, the Judicial Magistrate First Class held Mehndi guilty and sentenced him to two years in jail. However, they were granted bail. Later, he filed an appeal in the sessions court. Shamsher died during the course of the trial.

Today, Additional Sessions Judge HS Grewal dismissed Mehndi’s appeal, following which he was taken into custody. As per an FIR registered in 2003 at the Sadar police station, it was alleged that Mehndi brothers had taken 10 persons to the US as their troupe members in 1998 and 1999. These persons were “dropped off” illegally in the US.

On September 19, 2003, the Patiala police registered a case against Mehndi and Shamsher on a complaint filed by one Bakshish Singh. Later, 35 more complainants levelled charges of fraud against the brothers.

The complainants had alleged that the brothers had taken “passage money’ from them to help them immigrate to the US illegally, but had failed to do so.

In 2006, the Patiala police filed two discharge petitions claiming Mehndi to be innocent, but the court said the singer must be prosecuted as there was “sufficient evidence against him on the judicial file and scope for further investigation”.