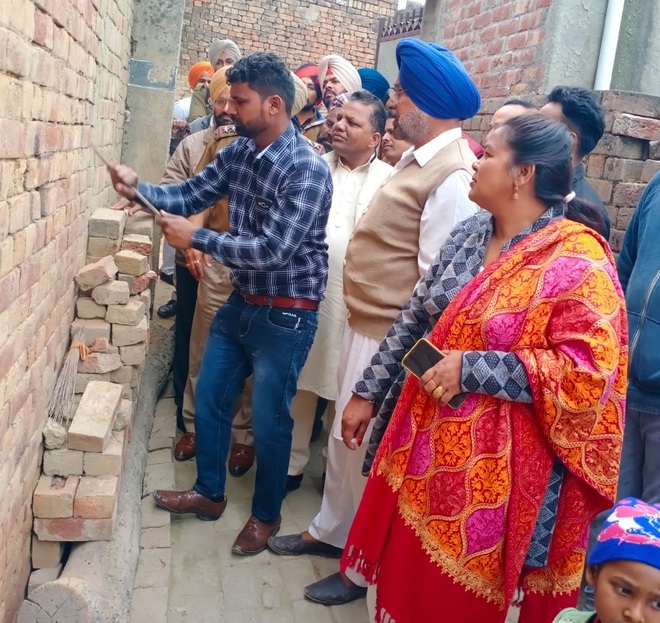 SC commission gets the gate opened in Banbhauri village of Sangrur.

After an unsatisfactory report by the police, a team of the Punjab State Scheduled Castes Commission today visited Banbhauri village of the district and got opened the main gate of a Dalit’s house. The gate had allegedly been blocked by some other Dalits with the help of upper caste men. The commission has sought detailed report from officials on February 27.

Commission member Poonam Kangra said: “Maghar has alleged that he was being harassed by other Dalits and some upper caste men. He was threatened with dire consequences if he tried to open the gate as they wanted to encroach upon the street.”