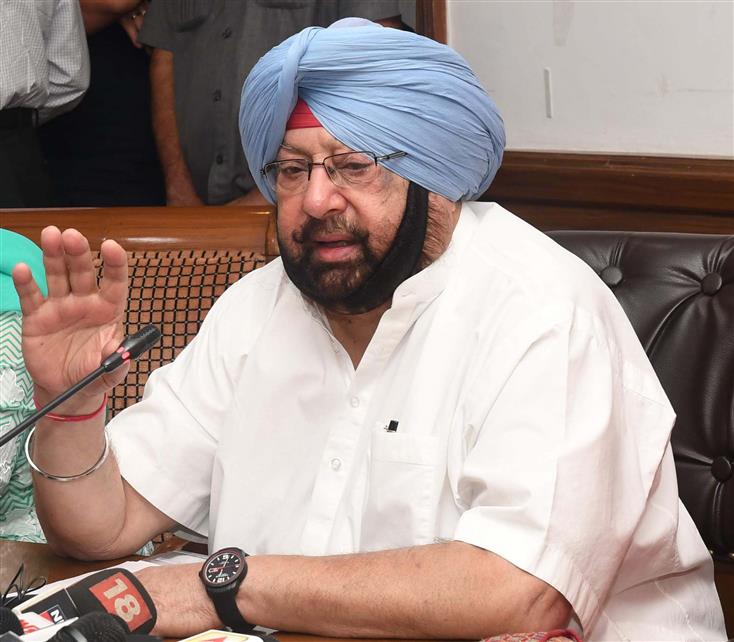 With the Centre saying stubble burning contributed only 4 per cent to pollution in Delhi, Punjab Chief Minister Amarinder Singh on Thursday stressed the latest data has vindicated his government’s stance. Flaying his Delhi counterpart Arvind Kejriwal, the Punjab chief minister asked him to “stop lying” to divert attention from his “failure” to protect the national capital’s environment.

Union Environment Minister Prakash Javadekar in Delhi said stubble burning contributed only 4 per cent to the Delhi-NCR pollution with the rest caused by local factors.

The Punjab CM slammed Kejriwal for refusing to accept results of comprehensive studies on the issue.

In fact, it is Kejriwal who was in denial, said Amarinder Singh in a statement.             If Kejriwal is serious about addressing Delhi’s crisis, he should stop being in denial immediately and get down to the task of finding solutions, the chief minister said.

Kejriwal, said the CM, had been spreading “misinformation” on the issue with the sole agenda of keeping people of Delhi in the dark about the actual situation, which his government had “failed miserably” to handle over the years.

The fact is that there is absolutely no data to support the claims of the Delhi chief minister, he said, adding that in contrast, studies showed that stubble burning was only a miniscule part of the national capital’s problem.

The Indian Institute of Science Education and Research (IISER) in a research paper based on data for 2018 and 2019 has found that Delhi’s pollution is localised and not attributable to farm fires in Punjab or the NCR.

It pointed out that the air quality index of Punjab is much better than Delhi.

Amarinder Singh said this is something Punjab has been maintaining for the past several years.

The chief minister said Kejriwal had been taking refuge in “brazen falsehoods” to divert public attention from the AAP government’s “total failure”.

“Even today, the skies in Punjab are clear and the AQI levels much better than those in Delhi,” Amarinder Singh said.

The Punjab CM said the main cause of Delhi’s pollution was construction and demolition activities.

The Punjab CM claimed that his government is doing its best to reduce stubble burning to cleanse the air.

Unfortunately, farmers are facing a massive problem in managing paddy straw in the absence of fiscal aid from the Centre despite repeated pleas, he stressed.

He reiterated his demand for Rs 100 a quintal as financial support from the Centre to eliminate the problem in Punjab. — PTI