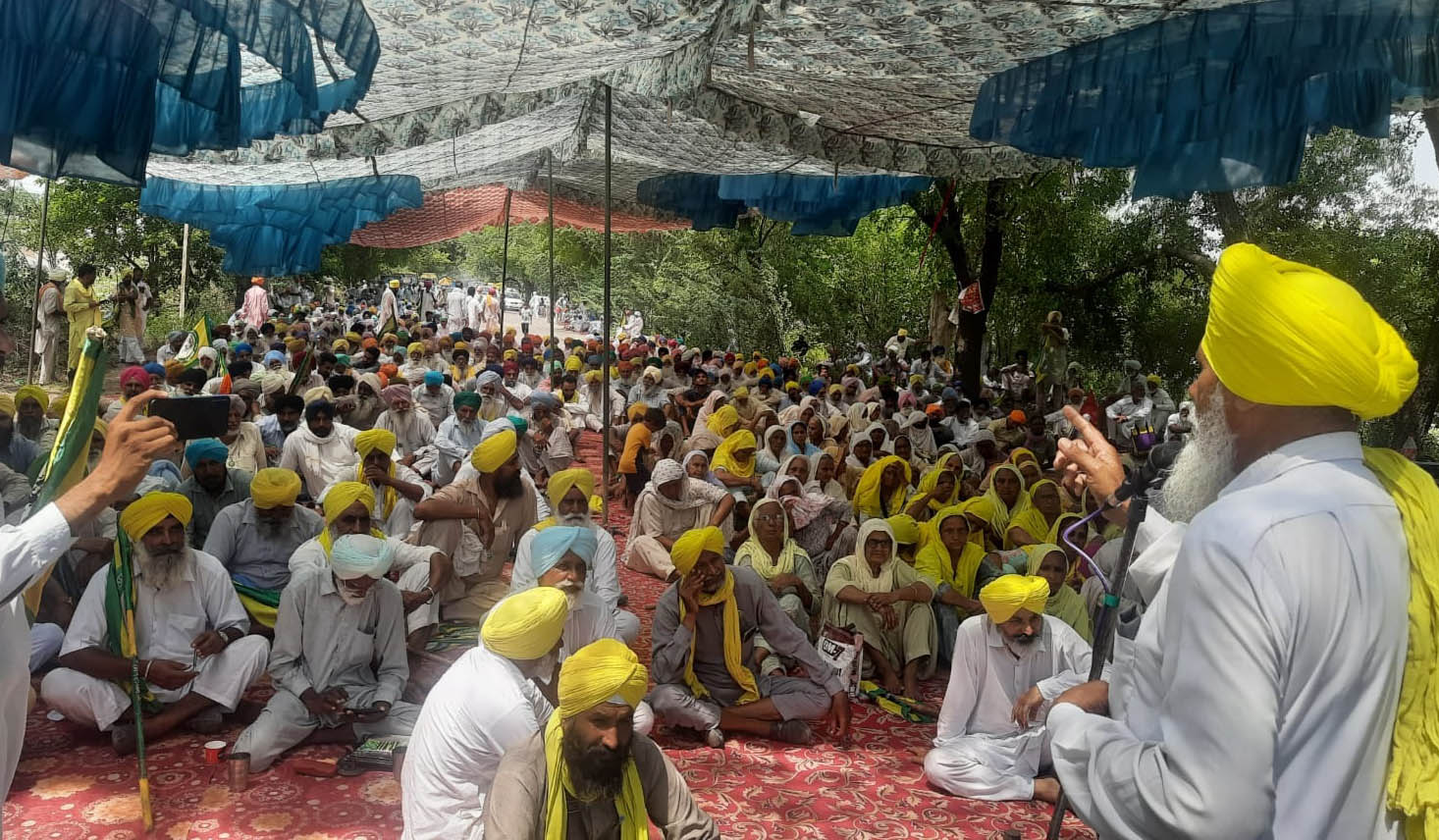 Farmers block a road at Gurusar Sainewala village in Bathinda.

A day after a few farmers allegedly got injured when the police used mild force to disperse the protesting farmers near Gehri Buttar village in Bathinda, scores of farmers, including women, held a sit-in on a road at Gurusar Sainewala village.

Farmers have been protesting against the acquisition of their land for the Bathinda-Dabwali road-widening project at “meagre” rates. The protesting farmers later carried out a march from the village till district administrative complex in the city and said they would not let their land be taken away “forcibly”. They announced the agitation would continue till their demands were met. Notably, when workers of the company executing the project started cutting the trees, protesting farmers confronted them and even removed barricades installed by the police at the protest site.

The police, in turn, used mild force, resulting in injuries to protesters. Farmer leaders from Mansa and Muktsar also participated in the protest.

Shingara Singh Mann, district president, BKU (Ugrahan) said: “The state and central governments are favouring corporate houses and ignoring interests of farmers. They want to acquire our land on low rates. Farmers who have land on either side of the road would be most affected as pavements are being closed as part of the project. Farmers will have to travel a long distance to work on both sides of the road. If the state government fails to protect the interest of farmers, it will have to face their wrath in the coming weeks.”

Karamjit Kaur Lehrakhana, another farmer leader, said: “Now that the administration is not cooperating with farmers, we have decided that women would walk shoulder to shoulder with them to lend wholehearted support for the agitation to save our land.”