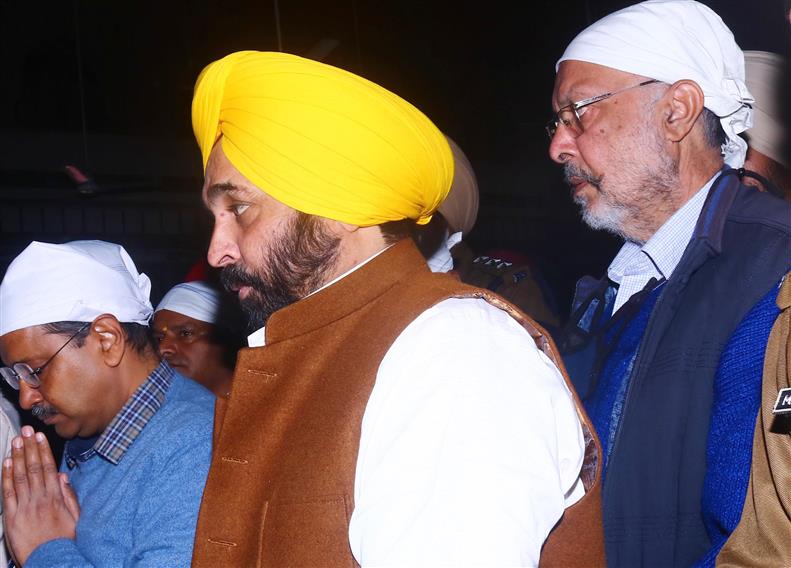 With the AAP giving the ticket to its CM pick face Bhagwant Mann from the Dhuri Assembly constituency, his supporters are confident of his win from here by a big margin.

The party has asked me to contest from the Dhuri seat where locals have always supported me. This time also, I am confident that they will back me. — Bhagwant Mann, AAP Leader

However, the family of deceased local AAP leader Sandeep Singla has announced that it would soon decide on whether to support Mann or not. They claimed that the family should have been given the ticket.

During the last Lok Sabha elections, Mann had got 50,140 votes in the segment while in the 2017 Assembly elections, party candidate Jasvir Singh Jassi Sekhon with 46,536 votes had got the second position. Congress candidate Dalvir Singh Goldy had won with 49,347 votes.

“The party has denied the ticket to our family. Mann could have won from any constituency of Punjab, but despite our requests for a ticket, he decided to contest from here. We will take the final decision on Friday,” said Ashok Kumar Lakha, father of Sandeep. AAP district president Gurmale Singh said all party leaders were like family members and minor problems could arise everywhere.

“We will convince the family of Sandeep to support Mann,” said Gurmale.