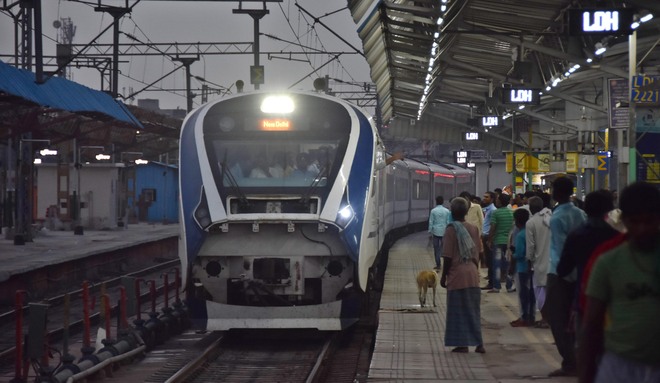 Vande Bharat train will be back on track on Friday. Himanshu Mahajan

The Northern Railway authorities announced that the elite 22439/40 New Delhi-Shri Mata Vaishno Devi Katra-New Delhi Vande Bharat express train would commence its run from January 1, 2021. The train operates on all days of the week except Tuesday, with three stoppages at Ambala Cantt, Ludhiana and Jammu Tawi.

Further, the railway officials said due to farmers’ agitation and partial blockade on rail tracks at some places in Punjab, one train would remain cancelled, while some others would be short-terminated, short-originated and diverted.

The Darbhanga-Amritsar-Darbhanga Festival Speial Express train would remain cancelled from December 31 to January 2, 2021.

The Nanded-Amritsar-Nanded Sachkhand Special Express would be short-terminated at New Delhi till January 2, 2021. The train would remain partially cancelled between New Delhi and Amritsar.

Among the trains to be diverted via alternate route were Mumbai Central-Amritsar Golden Temple Mail and Bandra Terminus-Amritsar-Bandra Terminus Pashchim Express (via Beas-Tarntaran-Amritsar). — OC