The BJP accused Punjab Police of 'abducting' its leader, who has been vocal in his criticism of Arvind Kejriwal, and accused the AAP chief and Delhi chief minister of pursuing vendetta through the state police 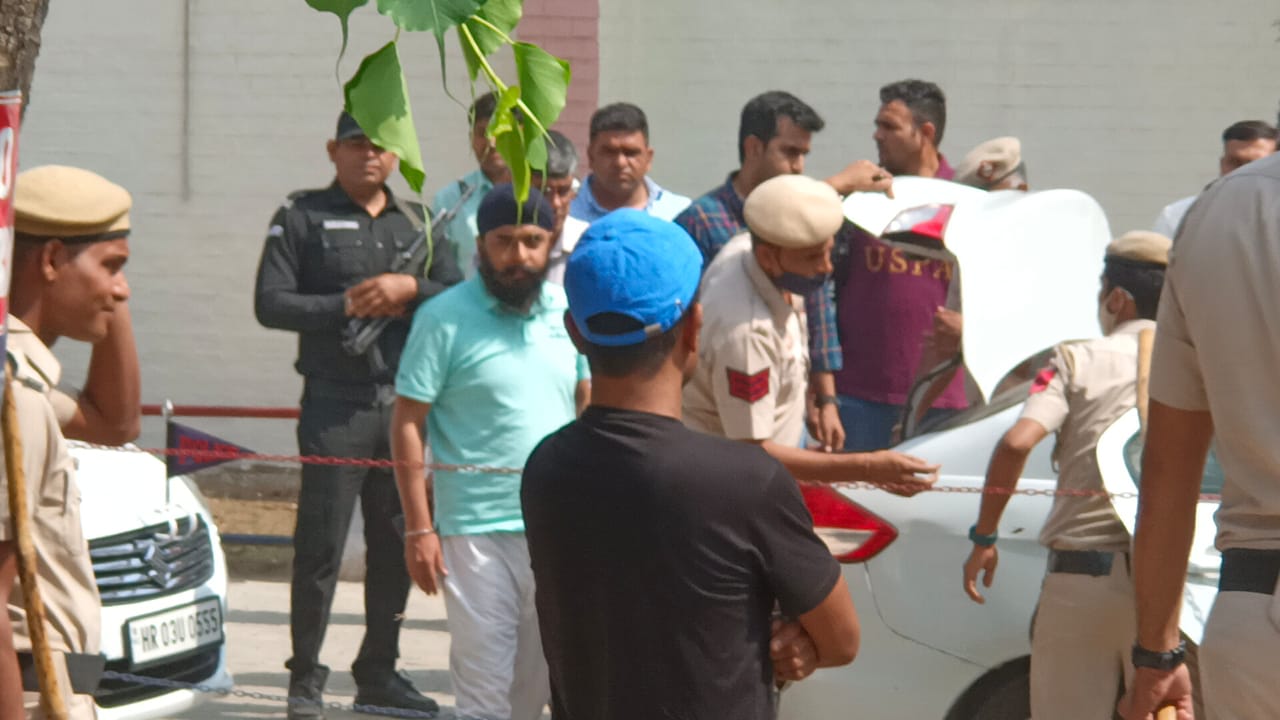 Delhi BJP leader Tajinder Pal Singh Bagga was arrested by Punjab Police from his home, stopped in Haryana while being taken to Punjab and brought back to the national capital by Delhi Police hours later, a Friday of dramatic developments that drew in the police of three states and led to a BJP-AAP slugfest.

The BJP accused Punjab Police of “abducting” its leader, who has been vocal in his criticism of Arvind Kejriwal, and accused the AAP chief and Delhi chief minister of pursuing vendetta through the state police. The Aam Aadmi Party rejected the charge and said the Delhi BJP spokesperson was arrested for allegedly stoking communal tension in Punjab.

Delhi Police registered a case of kidnapping based on a complaint by Bagga’s father Preetpal Singh. The Punjab government, on its part, moved the high court against the “detention” of its police team in Kurukshetra, Haryana.

The AAP rules Delhi and Punjab while the BJP governs Haryana. However, Delhi Police comes under the Union Home ministry and not the AAP-led Delhi government.

As tempers ran high with multiple claims and counter-claims coming in with dizzying rapidity, Preetpal Singh alleged that a team of 15-20 Punjab Police personnel barged into their Janakpuri home around 8 am, punched him in the face and did not allow his son to put on his turban while they were arresting him.

Recounting the events of the morning, he said the family, including Bagga, had finished breakfast when two Punjab Police personnel entered their west Delhi home. The two policemen had visited the family earlier as well.

“We offered them tea…  A few minutes later, 10-15 Punjab Police personnel broke in. They dragged Tajinder out and did not allow him to cover his head.

“When I tried to make a video of the incident, my mobile phone was snatched and I was punched in the face and forced to sit down,” Bagga’s elderly father told reporters. Soon after, the cavalcade of vehicles with Bagga was on its way from Delhi to Mohali in Punjab, about 250 km away, when it was held up in Kurukshetra, about halfway between the two cities.

Asked why the Punjab Police team was stopped, a Haryana Police official said there was information that Bagga had been “forcibly” picked up from his residence. “We have to verify and crosscheck these things,” he said.

In the high-voltage drama that followed, a Delhi Police team reached Kurukshetra and took ‘custody’ of 36-year-old Bagga from Punjab Police.

The exact reasons for Bagga’s arrest and the legality of it were not clear.

Addressing a press conference, Delhi BJP leader Nupur Sharma cited a court ruling to say that police from another state must inform the local police before making any arrest. Punjab Police’s action, she said, was illegal as it did not inform its Delhi counterparts.

The Punjab cops had not informed the local police in Delhi before arresting Bagga, a Delhi Police official said.

Though AAP chief spokesperson Saurabh Bharadwaj referred to the clashes in Patiala on April 29, Punjab Police said it arrested Bagga in connection with a case registered in Mohali on April 1.

The April 1 FIR referred to Bagga’s remarks on March 30, when he was part of a BJP youth wing protest outside Kejriwal’s residence.

Punjab Police had booked Bagga on charges of making provocative statements, promoting enmity and criminal intimidation. The case was registered on a complaint of AAP leader from Mohali Sunny Ahluwalia.

Bagga had also come under AAP fire for his tweet against the Delhi chief minister over the film “The Kashmir Files”.

Defending the Punjab Police’s action, Bharadwaj told reporters that the state police registered a case against Bagga last month after the BJP leader, through his social media posts, “tried to create communal tension and incite violence in the state”.

“Because of such statements, the Punjab Police lodged an FIR and now arrested Bagga. His statements were communal in nature. A lot of BJP-linked people were instigating the violence in Patiala,” Bhardwaj alleged.

Delhi BJP leaders, including state unit president Adesh Gupta, held their own press conference and slammed Kejriwal, saying their leader had been picked up for “unmasking” his lies.

“It is said that if you want to see someone’s real face, give that person power. The real character and face of Kejriwal has now come to the fore,” Gupta said.

BJP leader Manjinder Singh Sirsa added that a Sikh, a reference to Bagga, has been “insulted” despite Punjab having a Sikh chief minister in Bhagwant Mann.

It said due process of law had been followed.

Soni also referred to the FIR registered against Bagga last month and that five notices were served to him to join the probe. “But he did not appear before the investigating team”.

“That in accordance with the law, a police party was sent to arrest the accused Bagga. The said police party arrested the accused from his Delhi residence in the morning... it has come to my notice that the police party has been stopped by the Haryana Police on the Karnal-Kurukshetra highway.

“This is tantamount to illegal detention and interference in the administration of the criminal justice system,” the Mohali SSP said.

The FIR against Bagga was registered under relevant IPC sections, including 153-A (promoting enmity between different groups on grounds of religion, race, place, etc.), 505 (whoever makes, publishes or circulates any statement, rumour or report) and 506 (criminal intimidation). PTI