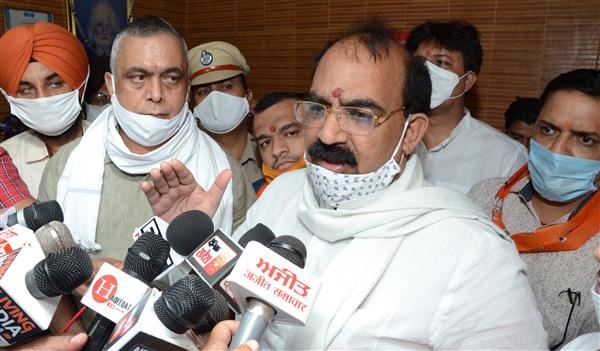 Having suffered a beating in the civic polls, the BJP on Wednesday hit out at the Congress for “misusing” the official machinery and said the results reflected “complete moral defeat” of the opposition party.

At more than two dozen places the Congress workers indulged in reckless violence against the BJP workers while the police took no action, alleged Sharma.

At numerous places,  he said, the BJP candidates were denied a fair play even as we brought the matter to the notice of the Election Commission time and again.

Sharma said the BJP would continue working for the cause of the people undeterred by the outcome of the election results.

Sharma complimented the party workers who had to suffer the brutality of the Congress and reassured the people of the state that the BJP would continue to uphold and popularise the development and progressive policies of the Modi government and would continue highlighting the “mafia raj” of the Amarinder Singh government.